LNA Design with Board Layout

This amplifier was simulated from 4 to 6 GHz and achieved good gain and noise characteristics. Return loss for the input and output were also measured. The input return loss was especially good at the center frequency of 5 GHz.

Try tuning on this example and watch what happens to the layout and simulation results.  When the response has changed, try using the optimizer to get the design back to its original state.

This example also demonstrates how the scripting language can be used to simplify tasks.  In this example a script is used to export a drill file for vias drawn in a layout.

This example shows the extraction flow and partitioning a amplifier design into sets of EM Groups (or "Names") so that portions of the circuit can be easily extracted and run in AXIEM for the EM simulations. Each of the 3 top level schematics are setup to EM Extract different parts of the design, the EXTRACT blocks will need to be enabled to run EM Extraction.  The project illustrates that the Input Matching Network (IMN) causes the vast majority of the downward shift in the Gain response as you can see in the "Small Signal Gain" Graph showing the various extraction levels.  .  It also illustrates that the top-side ground plane has negligible effect on the response for this circuit.  Isolating what causes circuits in this way is a very useful design tool for engineers.

This example has simple AXIEM Shape PreProcessing rules built in for this board example.  Look at the Stackup>Rules or EMDocs>Enclosure>Rules tabs to see the rules for modifying the vias both by converting them to 8 sided polygons but also to merging the via fields in the Copper Ground flood.

Many times board designers have vias that are not defined with the drill tools but rather defined with a circle on a specific layer.  In Microwave Office, when the user chooses to export a drill file, the program will only export the information of the location of the drill tool locations, not circles drawn on a specific layer. In the scripting environment, the user has access to all the layout information, so a script such as the one included in the project will export circles on the via drawing layer to a drill file.

The LNA is design using a single device with input and output matching circuits. The matching networks are used in the "LNA Design" schematic as subcircuits overlaid by copies of their respective layout. The layout for the entire LNA has many vias which will need to be exported as drill holes defined in a drill file.

• Script Setup - Normally, to create a drill file from via layer, it would be necessary to place a drill tool on top of each via, which could be a very long and tedious task. Instead the script loaded into this project can be used to accomplish the same result without the use of the drill tool above each via. The first step is to open up the script. To do this, go to Tools on the menu bar and select Scripting Editor. Make sure the scripting tree is expanded below "Script (LNA_5GHz.emp)". Look for the  "Drill File" below Code Module and double click on it to open the script if it's not already open. This will open up a Visual Basic (VB) window with the VB code in the window.

• Running The Script - Push the blue VCR style play button on the menu bars when the script window is active, or select Run > Run Sub from the menu items. Both of these will active that script. When the script is executed, select the drawing layer that has the vias to be written to a drill file.  Next specify which layout to export (this will be done by asking for a schematic name so it will be the layout for this schematic). The script will then ask for the units for the dimensions of the hole (millimeters or inches).  Finally it will ask for a location to store the drill file to be created.

• Viewing the Drill File - The drill file can be opened in any layout editor that supports this feature to verify that the script is working correctly. It can also be imported into MWO as a "text" file or a text editor (text viewing only).

The footprints of the devices used were packaged as a gds library called "packages" (click "layout" tab at bottom left). Each element in the schematic was assigned a footprint so that the layout could be generated automatically. 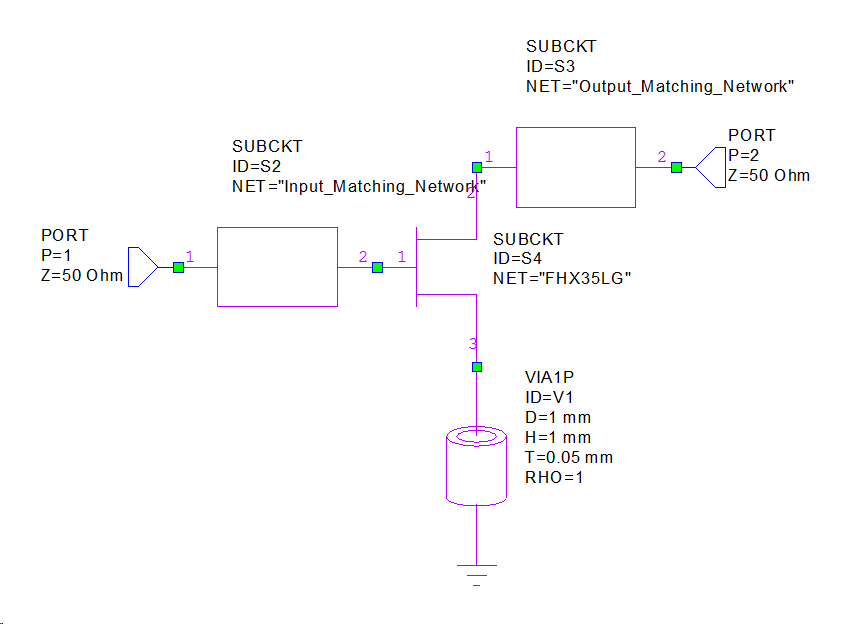 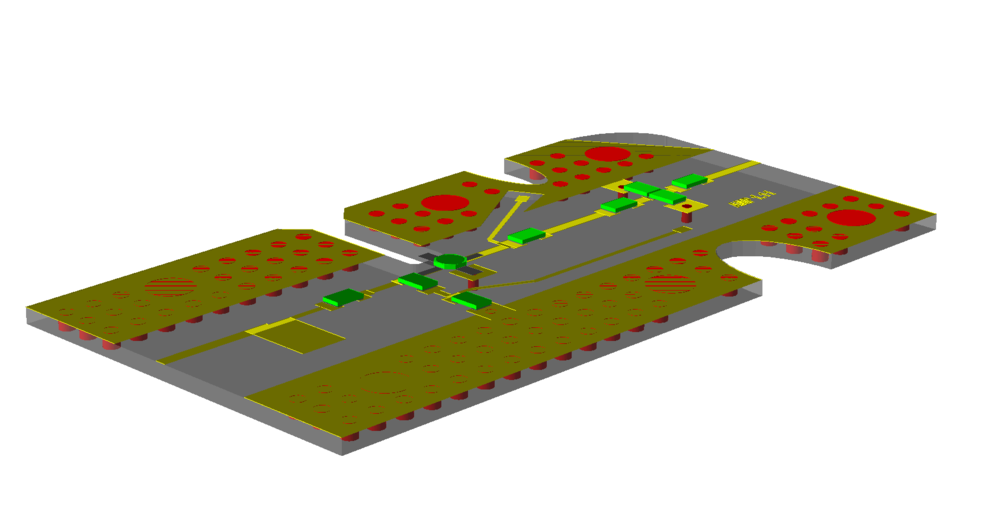 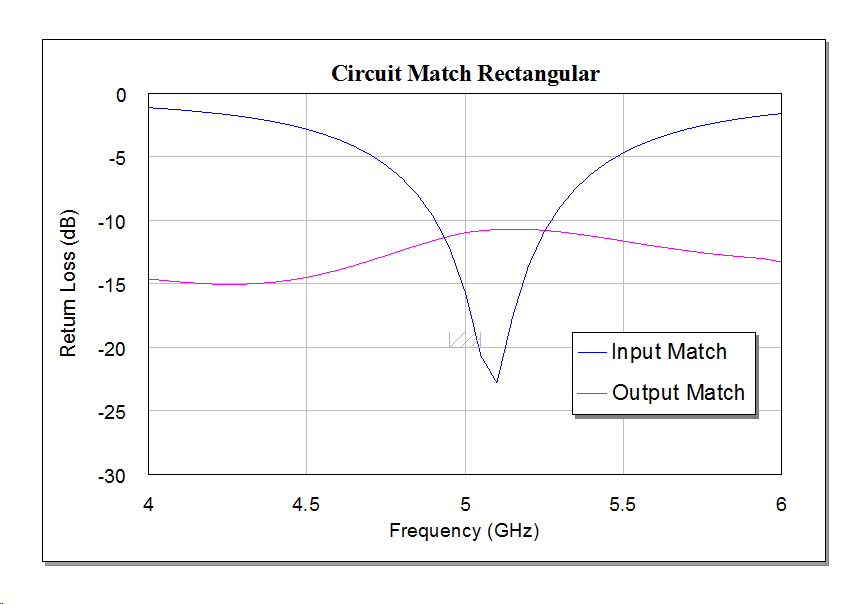 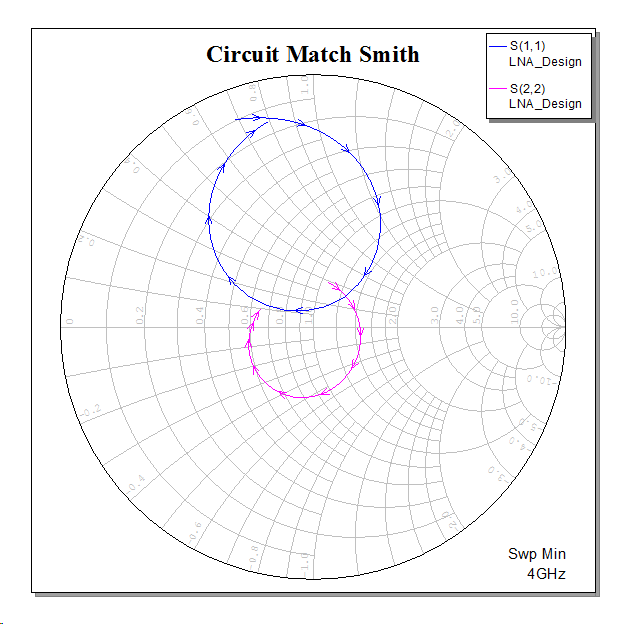 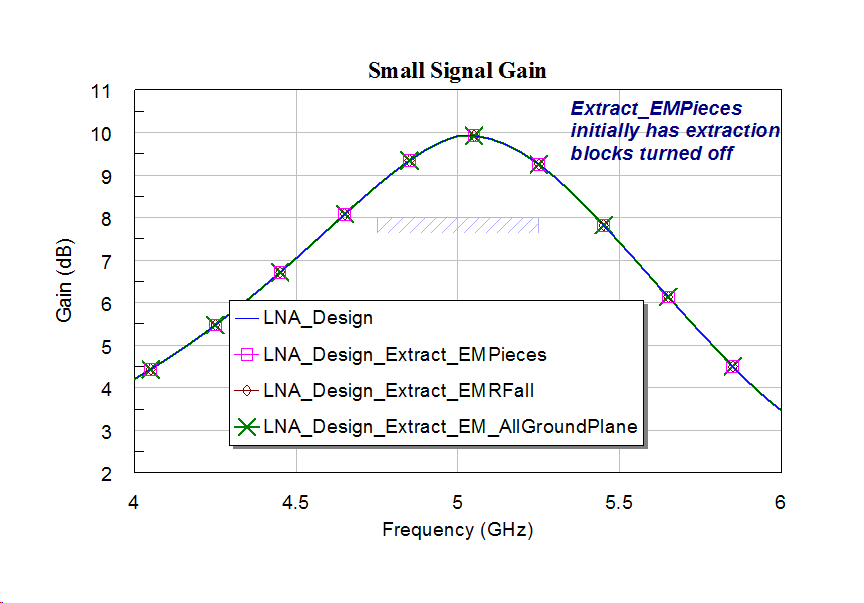