In this example, the result of multiplying a WHITENS source with a PPULSE source is used to drive the input of an Automatic Gain Control (AGC) system. The power setting of the AGC's input signal is set by the variable StepPwr. The PPULSE’s amplitude varies from 1 to 10^(StepPwr/20) and has a 50% duty cycle.  Setting SetpPwr to 40 is equivalent to setting the signal’s channel power seen by the system's bandpass filter (BPF) to 37dBm. The second column of the table "PWR" shows the measured channel power at the BPF’s input.

The system diagram "Bandpass Filter Response" is used to display the gain and phase response of the bandpass filter. The filter characteristics can be seen in the graph "Gain and Phase Response of Bandpass Filter" 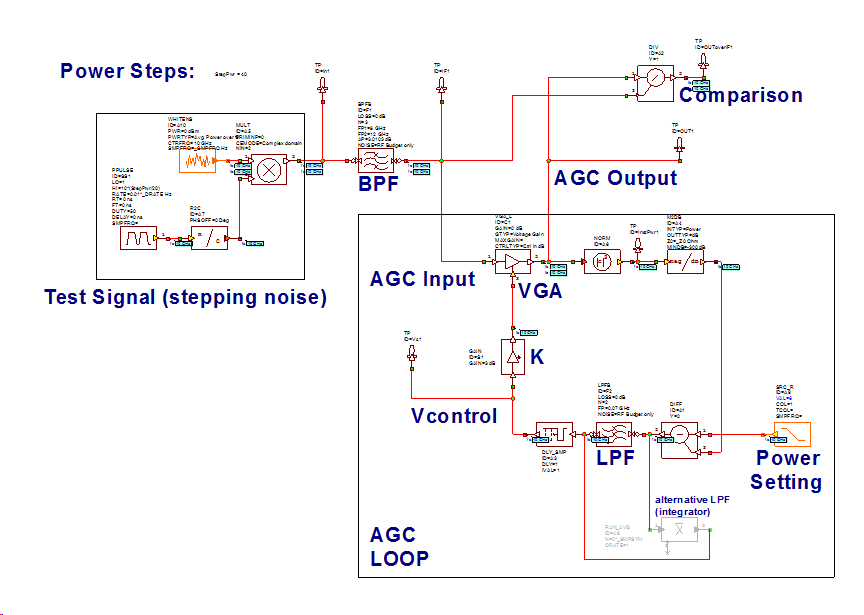 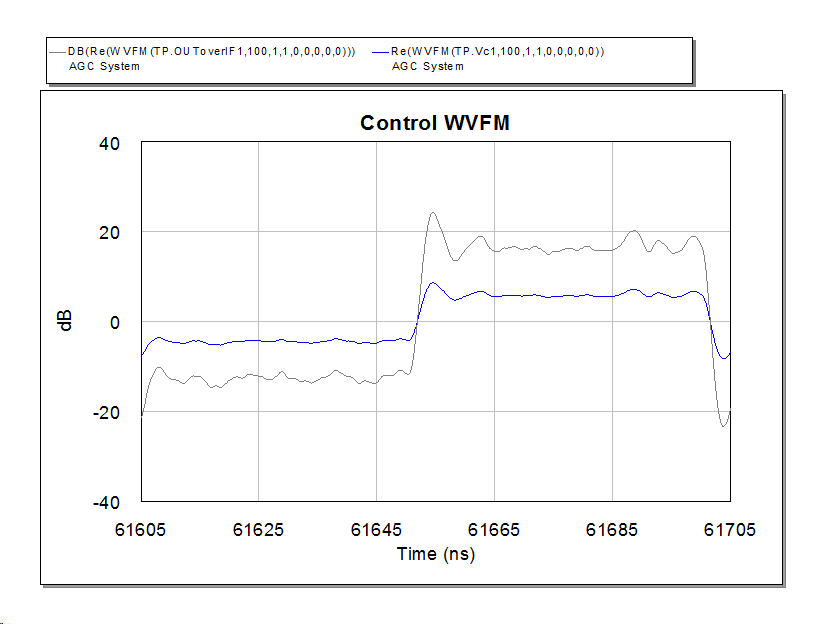 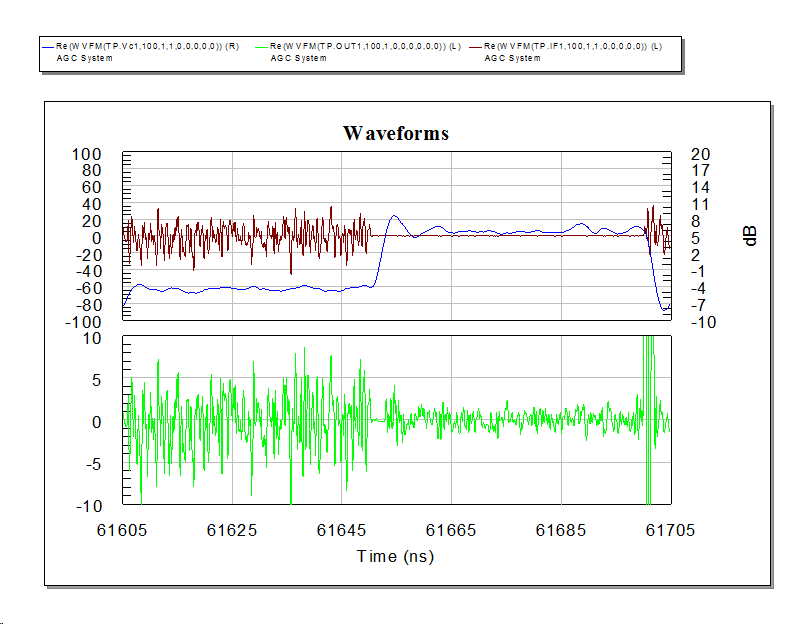 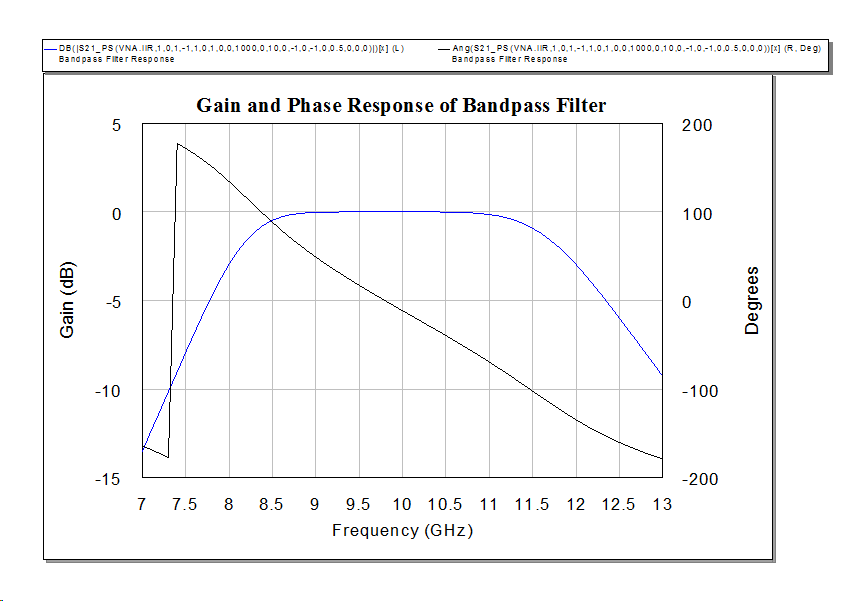