• The first method, in the system diagram "QPSK TX RX BER", makes use of the QPSK_TX and General I/Q receiver blocks.

The ALIGN block in "QPSK Quadrature" is used to compensate for the group delay of the pulse shape filter. The receiver blocks such as RCVR and QPSK_RX automatically handle the group delay compensation.

The eye diagram "Eye at Quadrature QPSK RX InPhase Channel" will open up as the noise level is decreased.

The eye diagram "Eye at output of QPSK Quadrature" shows the eye at the transmitter. The inter-symbol interference (ISI) is due to the root raised cosine filter (RRC).

A scatter plot at the receiver is shown as well.

Disabled measurements such as "Input Data" can be toggled on if desired.

The additive white Gaussian noise channel block AWGN in "QPSK Quadrature" has its power type parameter, PWRTYP, set to "Avg. Power, Bit (dBW)". The value for this parameter is -Eb_N0-db_pow(2*_Z0).

§ Eb_N0 is a swept variable that determines the value of Eb/N0. 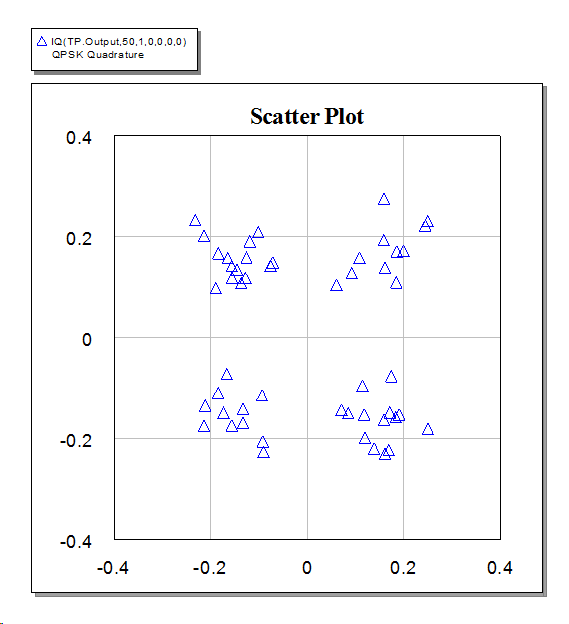 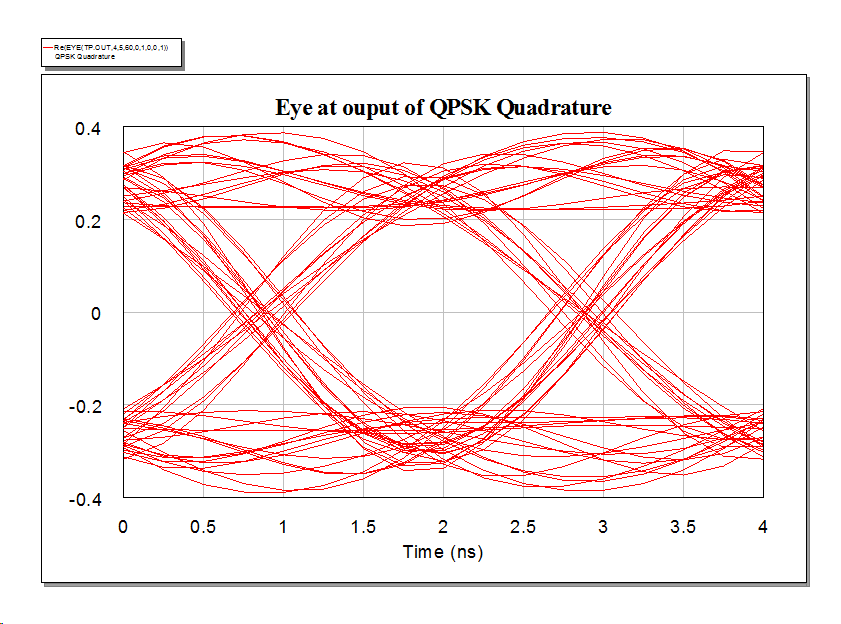 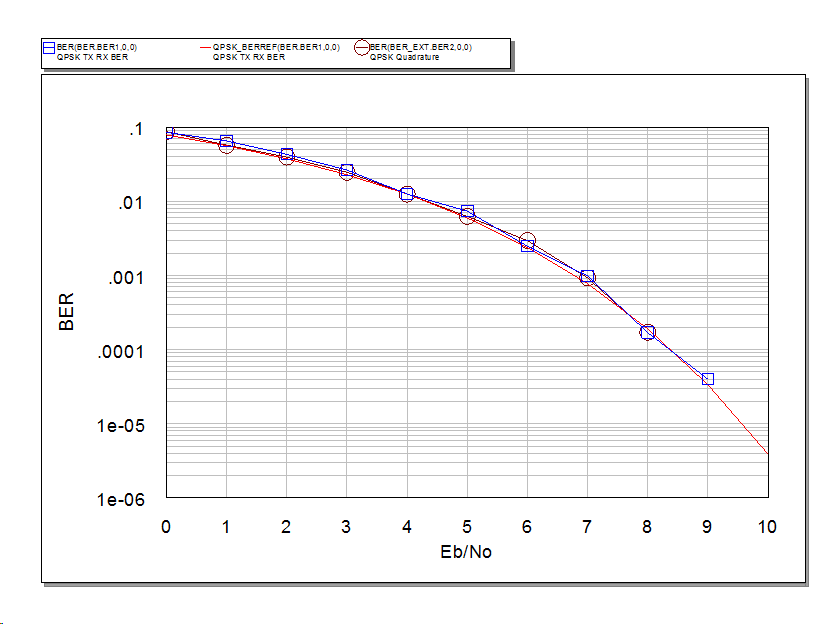 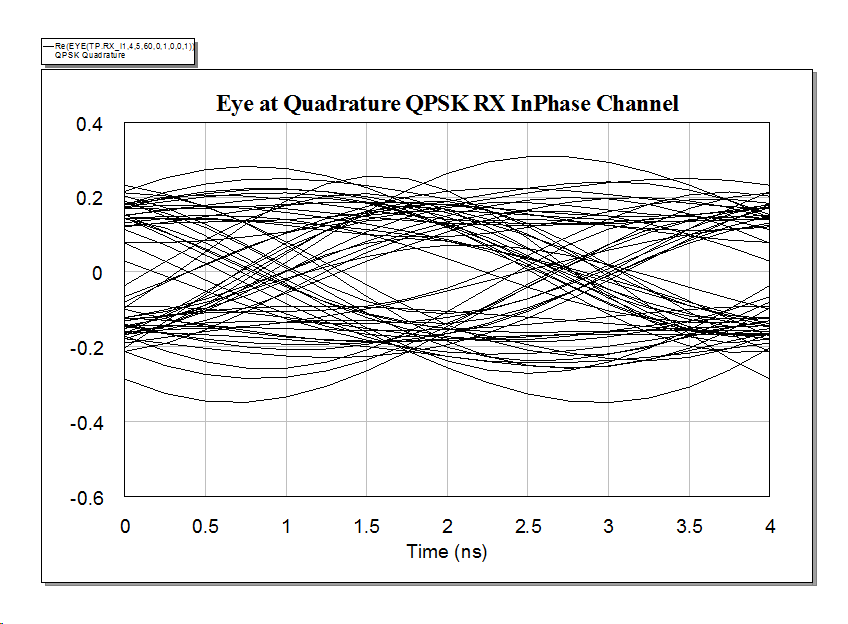