The Coffee-Can Radar Redesigned as an Inexpensive RF PCB

Simulating this project is time-consuming. This example, with the datasets included, is available at: http://kb.awr.com/display/examples/Coffee_Can_Radar

This project describes an inexpensive and small-size radar RF core, which can be integrated into applications such as drones and unmanned vehicles and opens the door to many projects requiring better sensing of their environment. This work is inspired by the 2012 IEEE Spectrum article entitled, Coffee Can Radar: How to Build a Synthetic Aperture Imaging System with Tin Cans and AA Batteries - (http://spectrum.ieee.org/geek-life/hands-on/coffeecan-radar), which describes a simple radar system that can be built with easily obtainable RF components. This project is used for the radar simulation and redesign of the System diagram shown below using an RF core based on printed circuit board (PCB) technology. This enables the use of inexpensive surface mount components that can be mass produced and used more easily by students and hobbyists.

The project contains the complete RF core both with System and Circuit simulation of the various pieces. 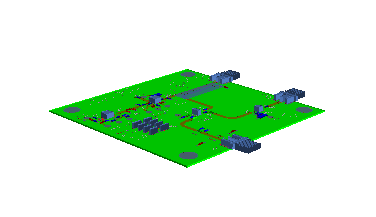 Layout is complete for both the core and the test board described in the article [3]. For simplicity, the project's UserFolders have been organized into the following categories containing the necessary schematic/system diagrams and graphs describing the performance:

1. Antennas - both original coffee can antenna and the new Vivaldi replacement

2. CW_Budget - comparison of cascaded performance of both old and redesign

4. RadarLayout - entire layout of core board and test breakouts 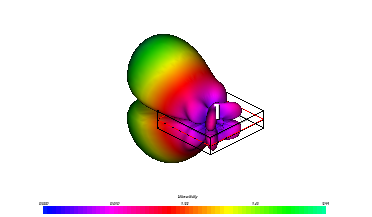 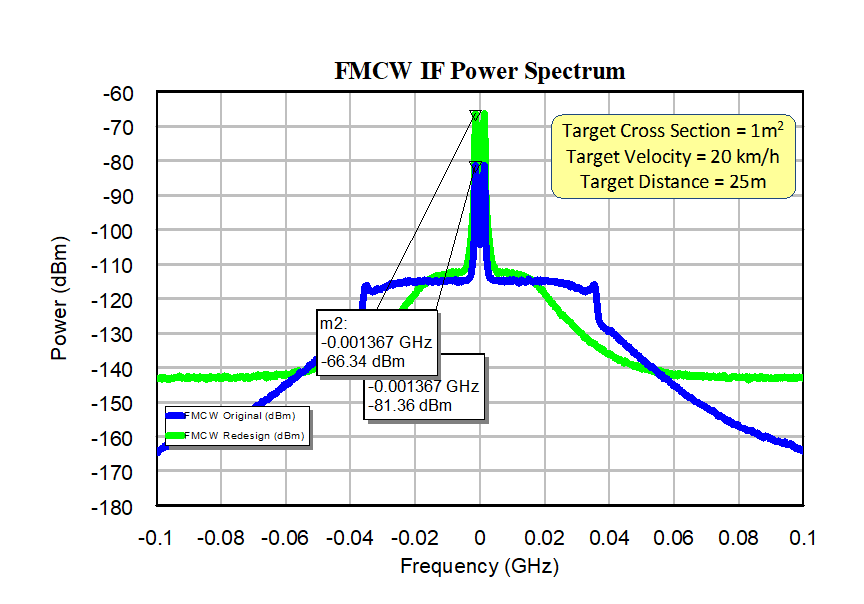 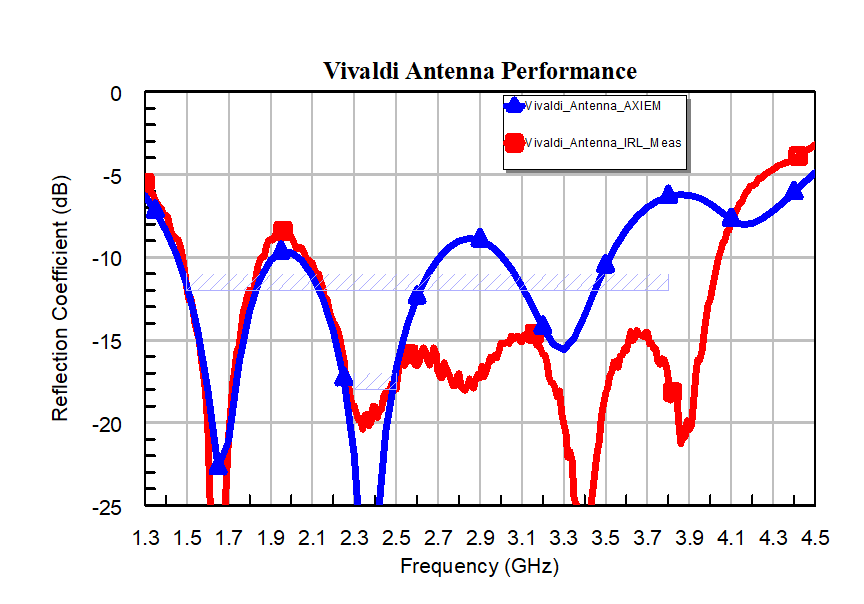 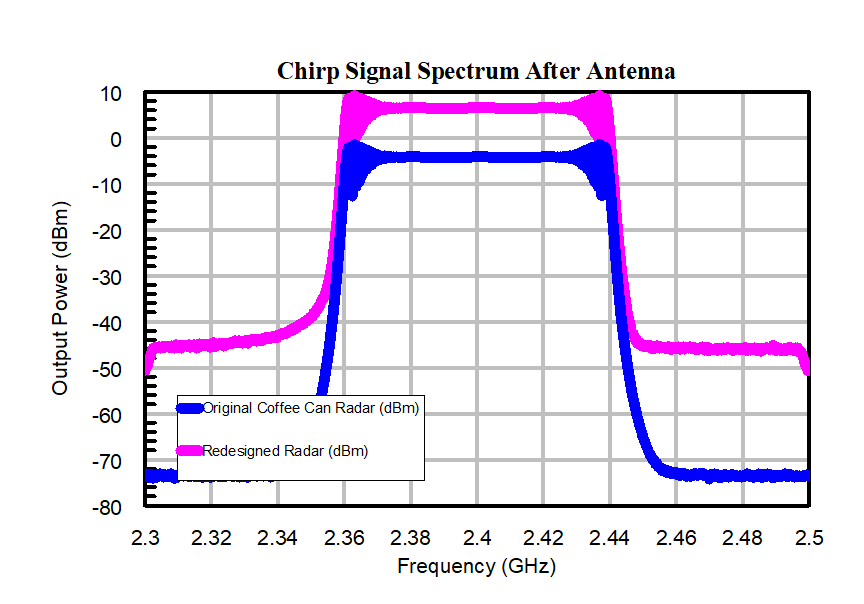 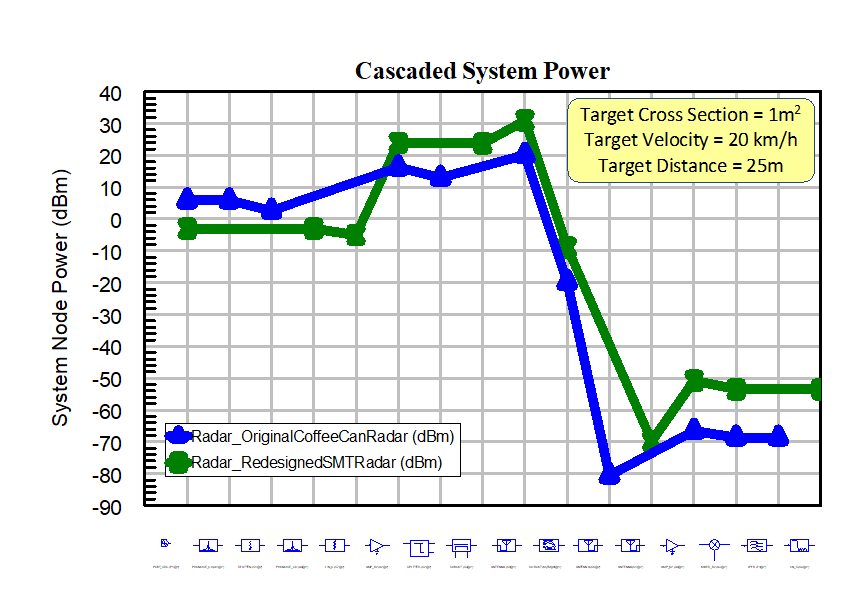