This project demonstrates the use of a Hilbert transform filter to simulate a single-sideband (SSB) image rejection down conversion. To see the effect on image suppression, switch the RF frequency (RF) from 12 to 8 Hz (the image). Image suppression at 2Hz will be roughly 30 dB. The variable RF can be found in the system diagram “SSB Image Rejection” just above the “Input” block.

Note that the ideal Hilbert transform is, by nature, a non-causal operation. Therefore the transform is physically unrealizable.

The characteristics of the FIR filter used for the Hilbert transformation are shown in the graph labeled "Response". You can see the amplitude is roughly equal to 1.0 (0 dB), and the phase is -90 degrees for positive frequencies, as it should be. Output equations are used to plot the response of the Hilbert transform.

The FIR Hilbert transform filter is implemented via the FIR_IMP block. Its impulse response is the definition of the Hilbert transform, i.e. h(t) = 1 / ( _PI * t ). The delay used in the system diagram is half the total length of the FIR filter.

The coefficients of the FIR_IMP block are defined in the "Global Definitions" window.

The filter delay and the sampling frequency of the design can be changed through the “Global Definitions” window. Changing the delay effectively changes the number of coefficients used to realize the FIR filter. 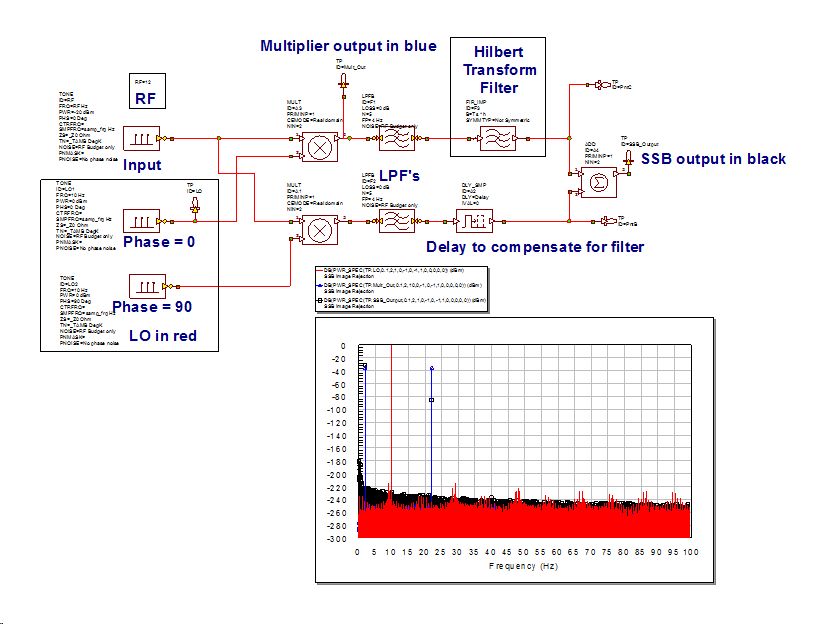 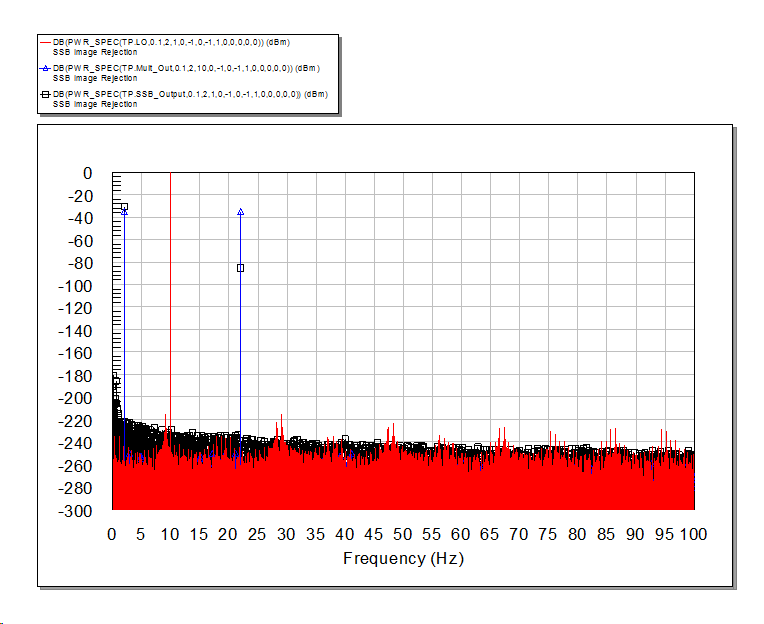 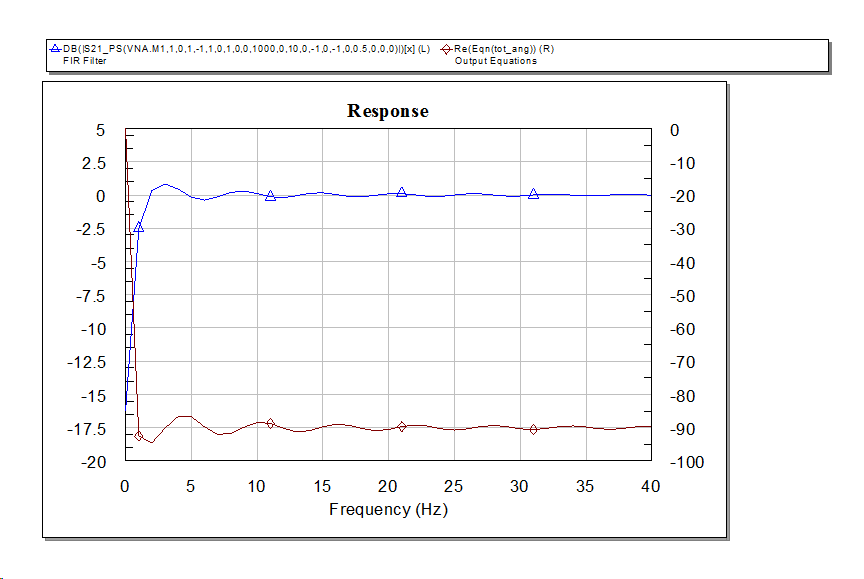