This example demonstrates MWO's Lineup Optimizer, a type of yield optimizer.  A cascaded amplifier is optimized for maximum yield from a set of discrete parts.

This example represents an amplifier module that is composed of 3 stages.  For each of the three stages, there are four available parts to choose from, with gain variation among all the parts.  There is a minimum gain specification of 44 dB for the amplifier module.  Not all combinations of the parts will meet specification. The goal of this example is to maximize the number of modules that can be built meeting specification using the existing parts, by optimizing the combinations of the available parts.  Therefore, the purpose of the Lineup Optimizer is to maximize the number of combinations (lineups) that pass a specified optimization goal by optimizing a discrete set of values for each optimization variable.

Each stage of the amplifier is modeled with an MDIF file that contains the measured s-parameters of the four available parts for that stage. The independent variables of the MDIF files are enabled for optimization.  The optimization goal is for the cascaded gain to be greater than 44 dB.

After simulating the circuit schematic to verify proper setup, it is clear the amplifier in its current state is not meeting the optimization goal.

To optimize the circuit, bring up the Optimization window and click the "Start" button.  Note that the optimization method is set to "Lineup Optimizer".

The discrete variables represented as “parts” in each MDIF equivalent are combined and then optimized to get the maximum number of combinations or “lineups" of these parts that meet the cascaded gain goal.  In this example, there are four available parts for each stage, so four lineups can be simultaneously built.  The optimizer evaluates whether each of the four lineups meets the optimization goals, and optimizations the combination of parts among the four lineups to maximize total pass rate of all the lineups.  Thus, the optimizer is maximizing the yield of amplifiers that can be built from the existing parts.

The final output of the optimization run is saved as a spreadsheet in .csv (comma separated value) format in the same folder as the project files.  The optimized lineups and the calculated optimization cost are listed as rows in the spreadsheet. 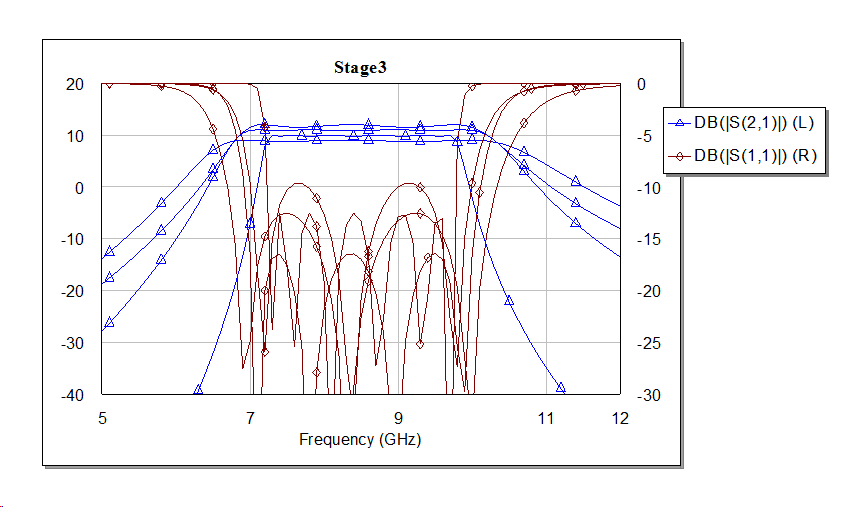 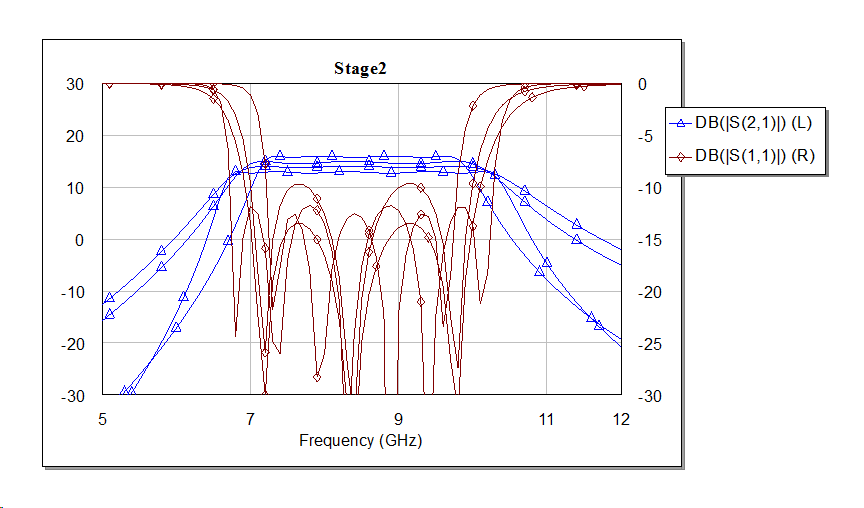 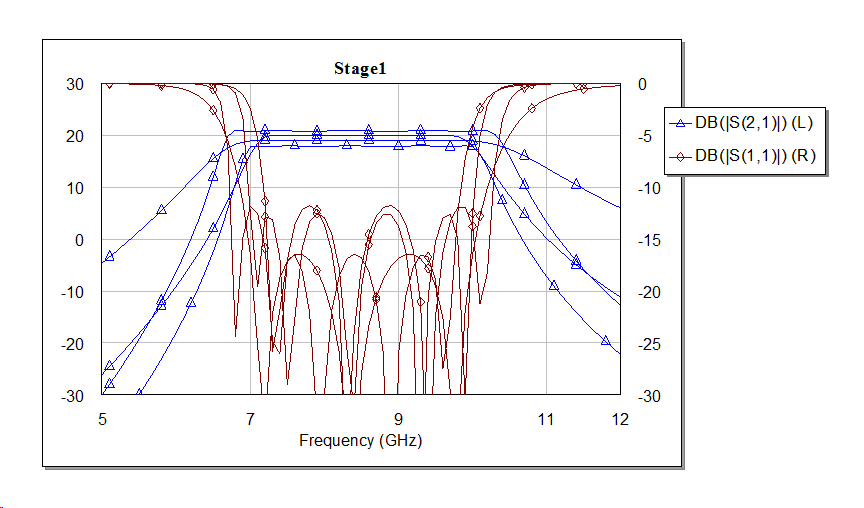 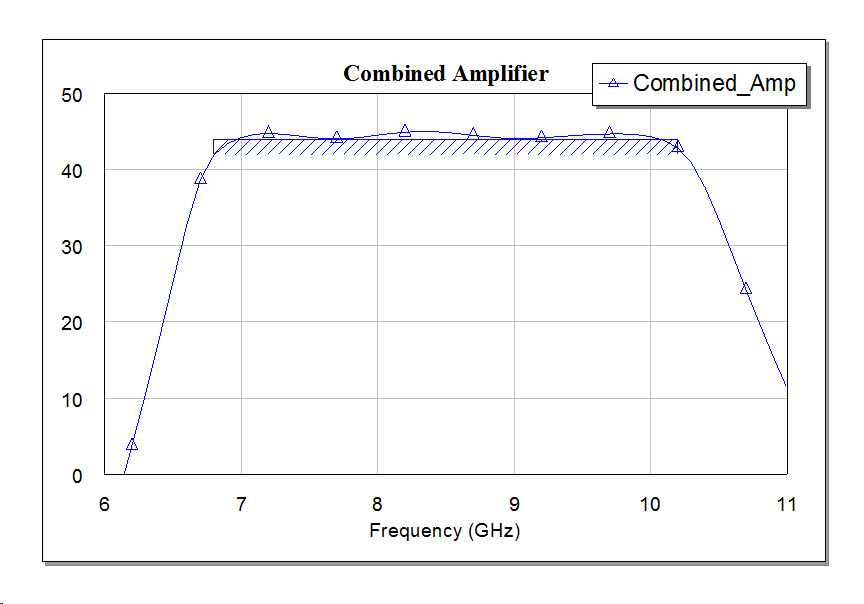