This low power mixer example demonstrates direct node probing measurements and the parametric sweep capabilities of the AWR Design Environment.  Currents and voltages can be measured at the nodes of any element without re-simulation.

This lowpass mixer design uses a Freescale MMBR941 transistor.  Measurements such as DC bias, S-parameters (including the bias network), dynamic load line, and gain compression curve are made on the transistor in its bias network.  The rest of the measurements (i.e. bias currents vs. LO power, and conversion gain vs. LO or RF power) are made on the full mixer circuit.

This circuit is just the transistor and its bias network.  It is used to study and verify the device model's behavior: bias voltages and currents (back annotated onto the schematic), S-parameters, dynamic load line, and compression curve.  The DC IV curves for the device were generated by the “DCIV Trace Schematic”.  The super-imposed low-current load lines can be viewed for different input power levels by using the tuner to vary the sweep variable “Pin” after simulation.  The tuner is also set up to vary the supply voltage to study its effects.

This is the full mixer circuit.  Separate sweep variables have been set up for the LO and RF input power levels, as well as the load resistor, RL.  Each measurement can be set up to handle each sweep as appropriate.  For example, the measurements in the Conversion Gain vs RF Power graph use:

- The document frequency (FDOC), which fixes the LO frequency at “855MHz.”

- The default value of the LO input power variable “Plo” by disabling its sweep, “PloSwp”.

- The RF power sweep, “PrfSwp”, as the x-axis variable

- The RL sweep, “RLSwp”, to be selected with the tuner (Simulate > Tune) after simulation

Invasive current and voltage meters are no longer required; but are provided to serve the engineer's preference.  Voltages and currents can be measured at the nodes of any element, and output equations can be used to sum multiple currents, for example.  A browser is provided to aid in selecting the current or voltage to measure.  The browser is invoked by clicking the button marked with an ellipsis (...) next to the Measurement Component box.  Select any element in the design, including lower levels of hierarchy, and then use the list on the left to select the node at which to measure current or voltage.  Double-click on an element in the browser, will select node 1 of that element. 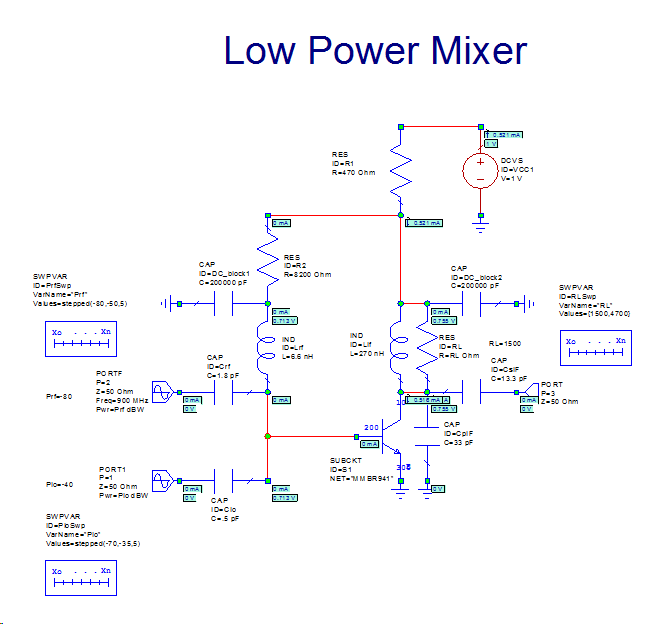 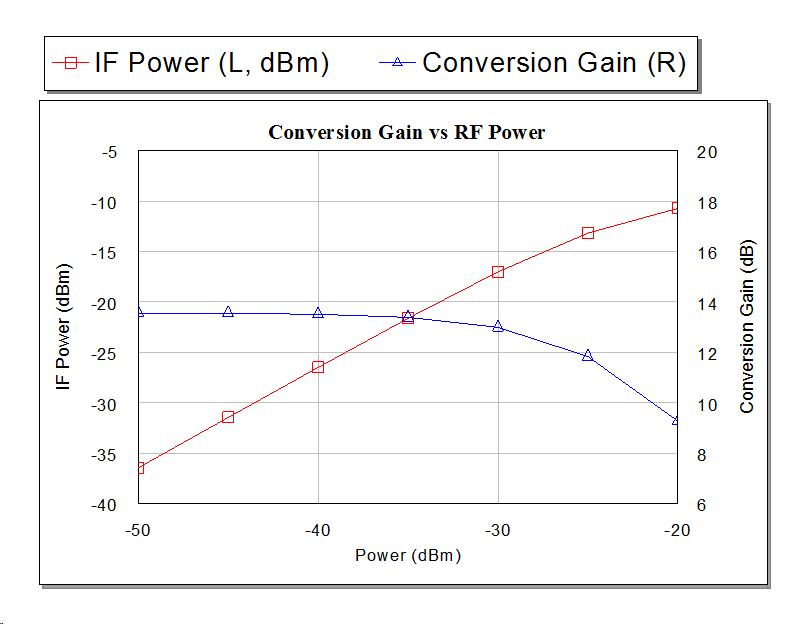 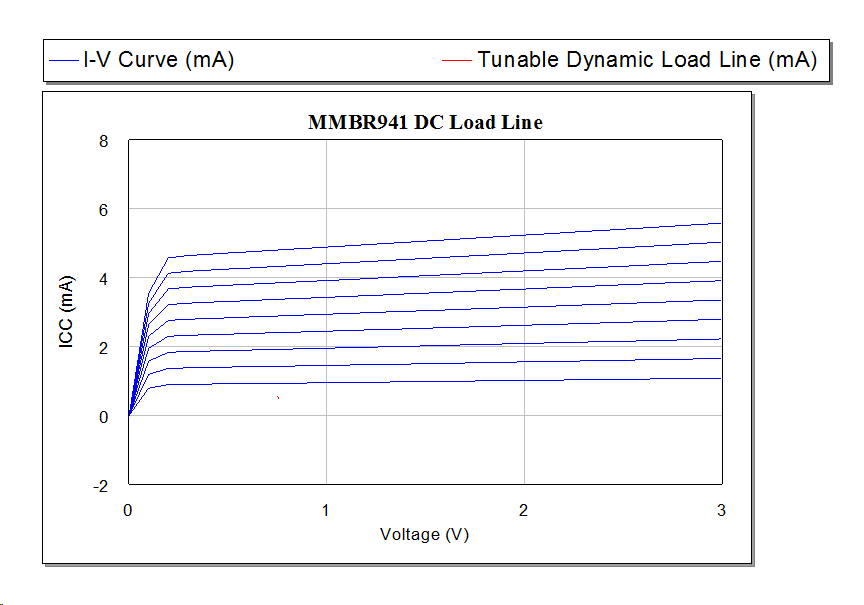