Or in Version 14 or higher you can open the project directly from this page using this button. Make sure to select the Enable Guided Help before clicking this button.

This example introduces the user to extracting S-parameters data from Mixed mode measurements.

Mixed mode and single ended data files have been generated from the project and re-imported under Data Files.

Note: The substrate definition and model parameters for all of the schematics are located in the Global Definitions section of the project.

Common mode is when the two lines at one side of the structure are driven with equal amplitude and equal polarity, such that the currents will be traveling in the same direction on the lines.

Differential mode is when the two connections at one side of the structure are driven with equal amplitude and opposite polarity, such that the currents will be traveling in opposite directions on the lines.

Single_Ended is when one port is turned on and all others are terminated.

Mixed Mode is when a signal is considered propagating between two coupled lines instead of a line and ground. The resulting S-Parameters represent a signal on a line that is referenced to ground and to its coupled pair. In other words, Mixed mode is a combination of Common and Differential Modes.

A coupled line will have characteristic impedances for both common (zcom) and differential (zdif) mode. These impedances are related to odd (zo) and even model (ze) impedances of a line. zo and ze are what are calculated in TXLine for coupled lines. They are related by the following equations:

In this case Even and Odd mode impedances are equal to 50Ohms as explained in the reference above.

The DUT and MMCONV Element

The Device Under Test (DUT) in this case is a symmetrical coupled lines model. This can be any two port structure whether symmetrical or not.

The "Single_Ended_Data" file was generated by connecting measurement ports to the DUT as in "Single_Ended" schematic.

The "Mixed_Data" file was generated from the "Convert_Single_Ended_to_Mixed" schematic. In practical scenarios this would be the measured Mixed mode data from a VNA.

To verify that the MMCONV model is equivalent to the common and differential configurations already shown, see the graphs, "Mixed and Differential S21" and "Mixed and Common S11". You will see that they are identical. If they are not identical, then you probably don't have the same port impedances set. Notice that for the "Mixed and Common S11" graph, the port index is actually 2 for the measurement for the "Convert_Single_Ended_to_Mixed" schematic. This is the input port for the common mode excitation.

In the "Mixed and Differential S21" Measurement, S21 of the "Convert_Single_Ended_to_Mixed" schematic is the S31 parameter.

Please see the graph "Compare S11 Mixed and Single" to verify that S11 from both data files is different.

The Graphs "Mixed and Common S11" and "Mixed and Differential S21" verify that the method of using the MMCONV element works for extracting common and differential data from a mixed mode file.

The "Mixed to Single_Ended" Graph shows the conversion from a Mixed data file to SIngle ended.

Common mode rejection ratio is defined as the ratio between differential mode gain and common mode insertion gain between two separate logical ports. For differential signaling, a logical port consists of the two physical (or single-ended) ports that define the differential port. For the two port example CMRR is Sdd21/Scc21. The graph "CMRR" uses the Common Mode Rejection Ratio for Smm: CMRR measurement. 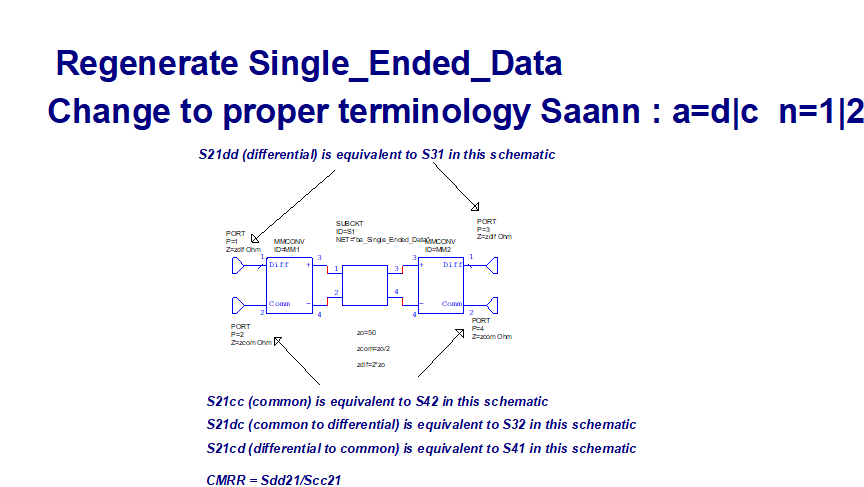 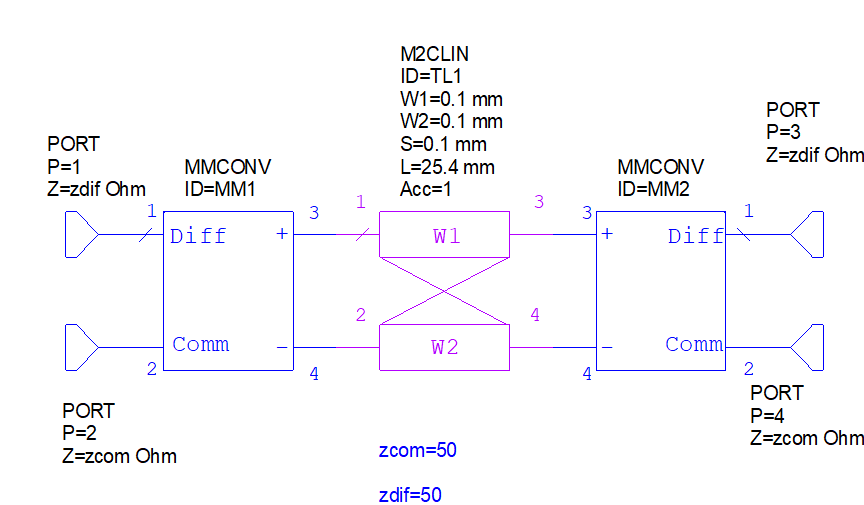 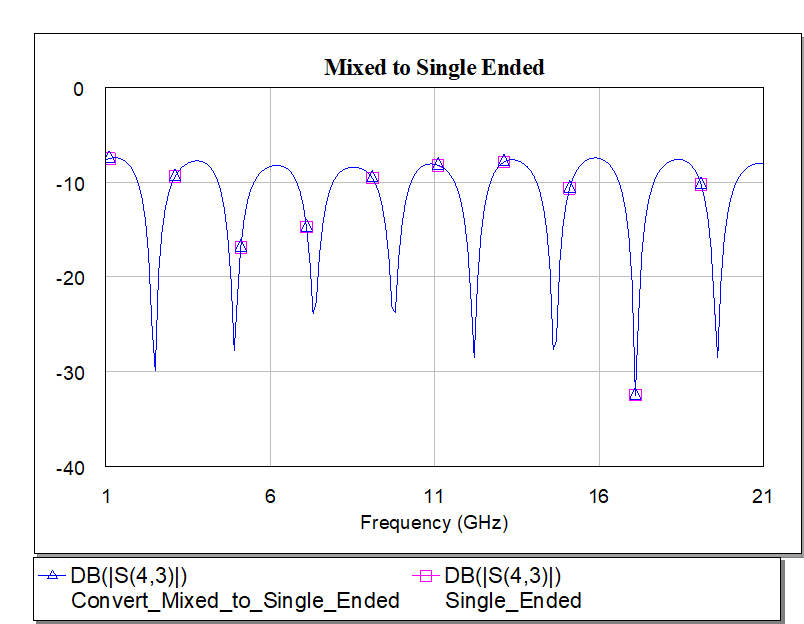 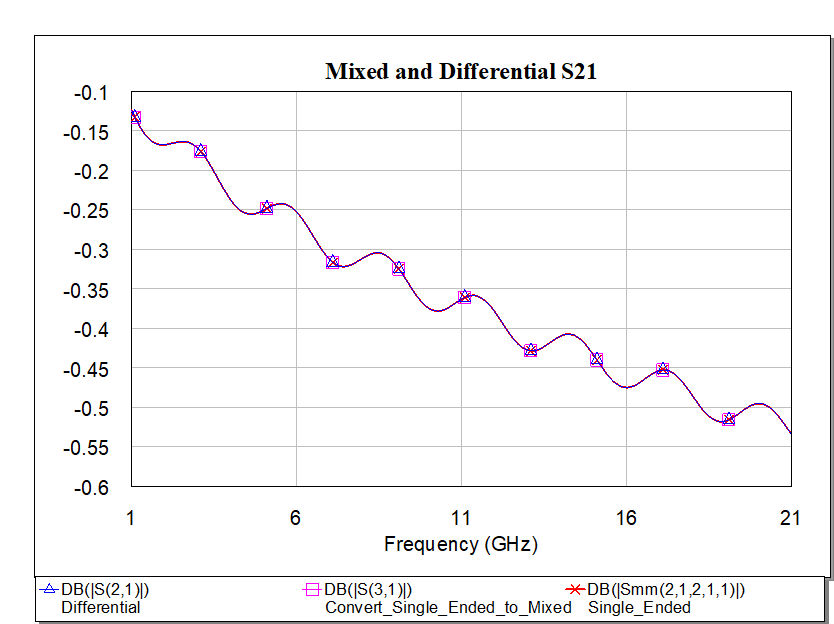