Expand the Graphs folders under the Graphs icon in the Project tree to view the measurements made in this project.

The nonlinear device being investigated is configured in two test configurations.  The schematic "One Tone" is the setup for a single tone measurement.  The non-linear device is wired up with a bias-T, a nonlinear source, and a tuner element with a built in bias-T on the output of the device.  The "Two Tone" schematic is setup identically except that the input source is a two-tone harmonic balance port.

-The input and output currents

-The input and output voltages

-The voltage and current at the output of the device

-The input and output power spectrum

If you bring up the tuner, the left 5 tuning bars will change these parameters.   Change any parameter and watch the simulation results change in real-time, even for a complete nonlinear simulation.

For the "Two Tone" schematic, no model parameters are setup to be tuned.  The input power is being sweep from -20 dBm to 10 dBm in 2.5 dBm steps.  All of the waveform measurements from this simulation have been setup to display at one of the simulated input powers.  The specific value of the input power is set to be used with the tuner.   The left most tuner bar will change the level of input power to display the results.   Note, in this mode, the tuner is changing which results are displayed, not re-simulating the circuit each time.   Also, the fundamental and third order intermodulation products are being plotted.

For the OIP3 measurement, the spacing of the second tone was chosen to be 1GHz in order to clearly illustrate the spectrum graph. Also for Two Tone OIP3 measurement, note that the OIP3 is not changing with frequency and this is due to all capacitances in the device model being set to 0pF. 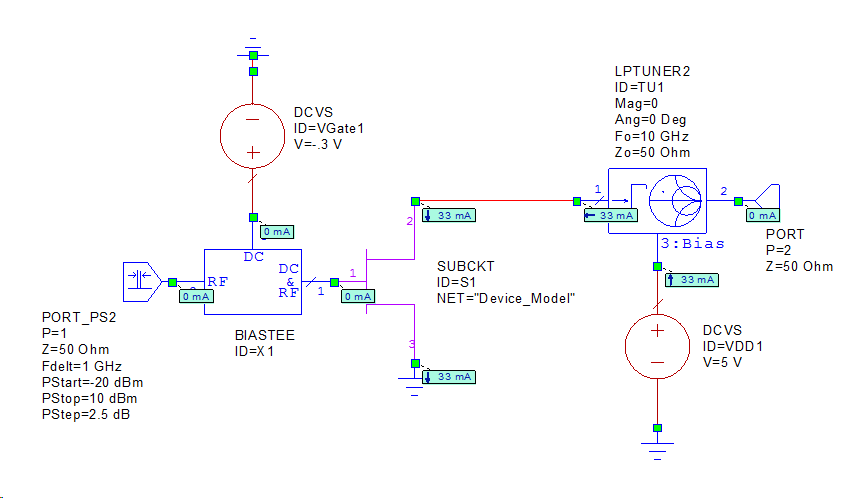 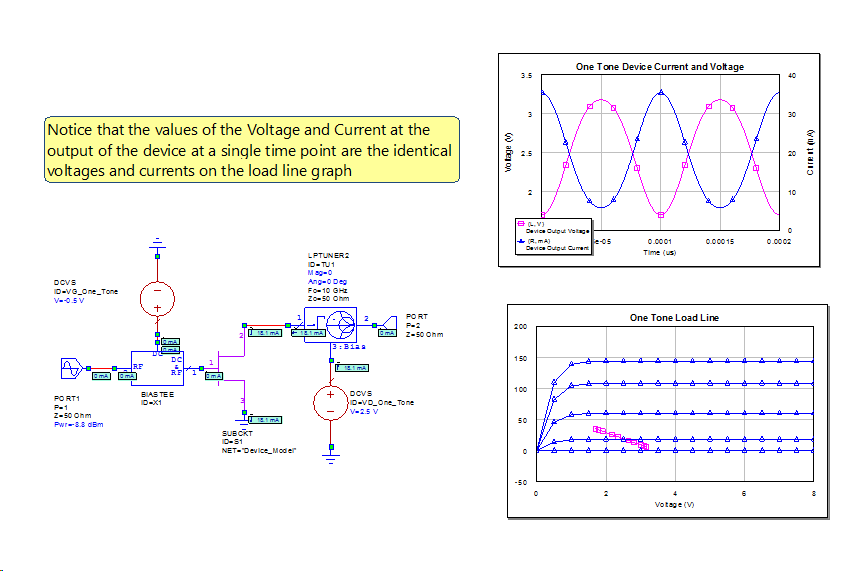 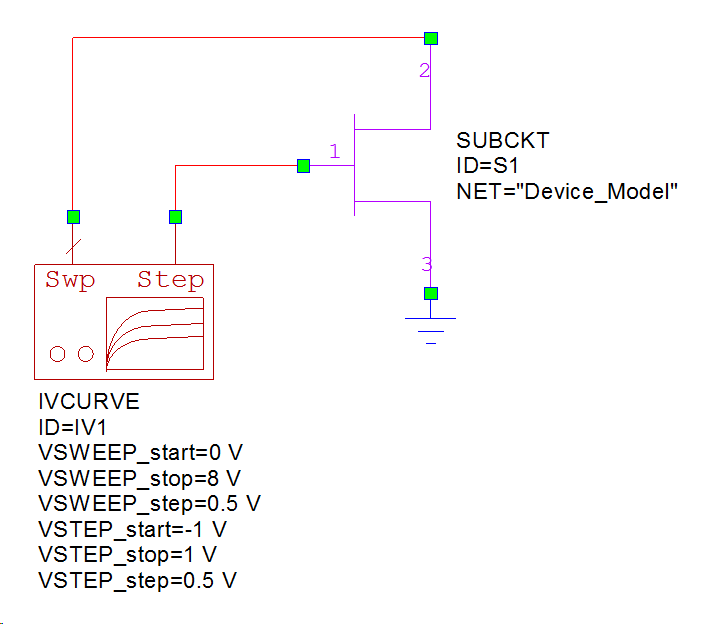 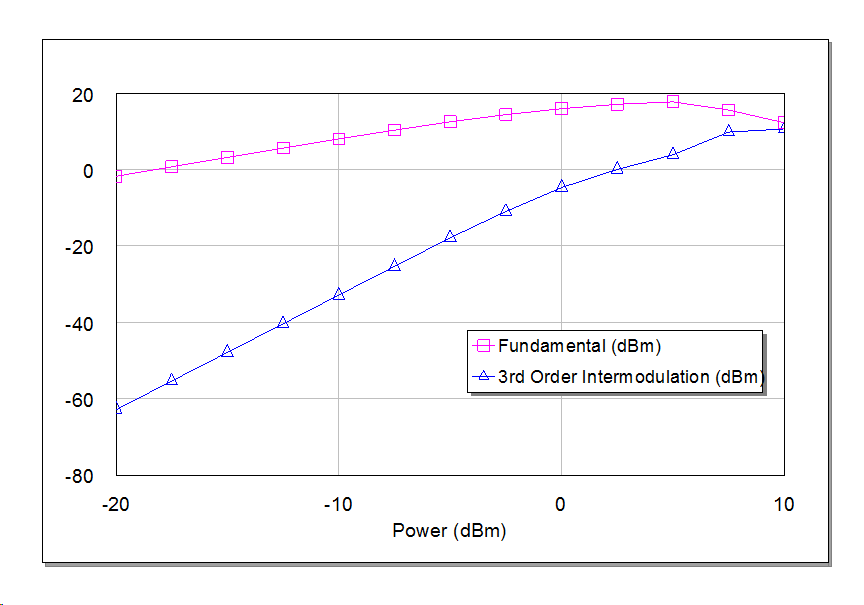