Please note it takes a moment for all tables and graphs to update.

This example shows two different types of receiver architectures. The received signal in each case is made up of a 16QAM signal at 27GHz along with an image signal at 7GHz. The same image rejection and low pass filters (LPF) are used in the “Single Conversion Heterodyne” and “Direct Conversion” systems.

“Single Conversion Heterodyne” down converts the received signal to 10GHz, and subsequently down converts it to baseband. The second down conversion is achieved by using a quadrature mixer. The quadrature mixer effectively splits the incoming signal into inphase and quadrature components and mixes each component individually as shown in the diagram below. For more information about the VSS mixer please read the online help. 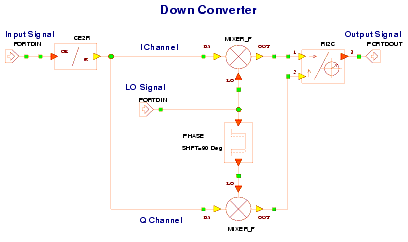 The “Direct Conversion” system uses a quadrature mixer to directly convert the received signal to baseband and, unlike the “Single Conversion Heterodyne” system, does not need a channel selection filter.

As the simulation is running you can tune on the power of the image signal from 0dBm to 12dBm. The variable ImagePWR shown in the Global Definitions window directly controls the power of the 7GHz tone seen in both systems.

As you tune on ImagePWR you can visually monitor its impact on the resulting IQ scatter plots. In the case of the single conversion heterodyne system, as the power is increased a distinct offset of the received scatter plot (black crosses) relative to the reference constellation (blue circles) can be seen. In the case of the direct conversion system increasing the image power has no such impact.

You can also monitor the RMS EVM (in percentage) for both systems as you increase the signal power. The second column of the corresponding table displays the RMS EVM.

The spectrum plot shows the gain response of the image rejection filter along with the incoming spectrum before and after the filter.

The ALIGN block is used to apply a scaling correction to the received signal prior to the EVM measurement. The correction is determined from an initial block of received and reference symbols and normalizes the two signals. 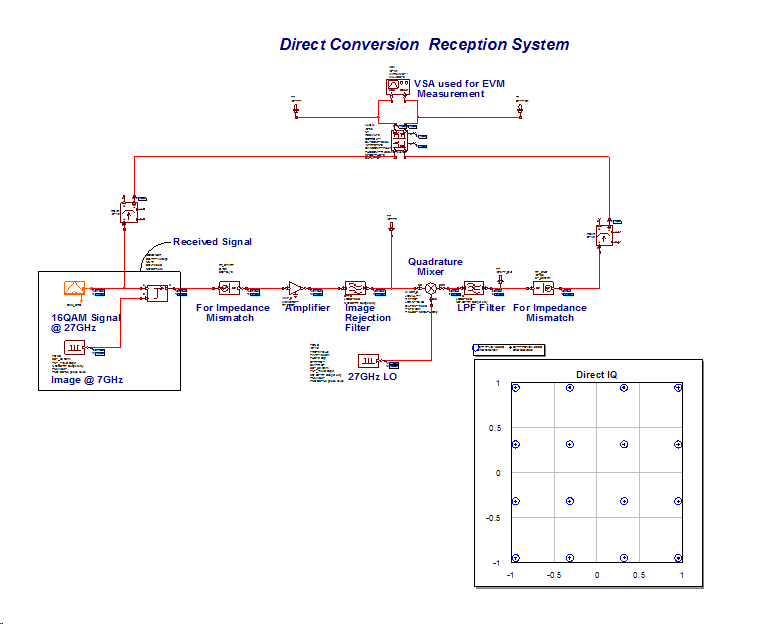 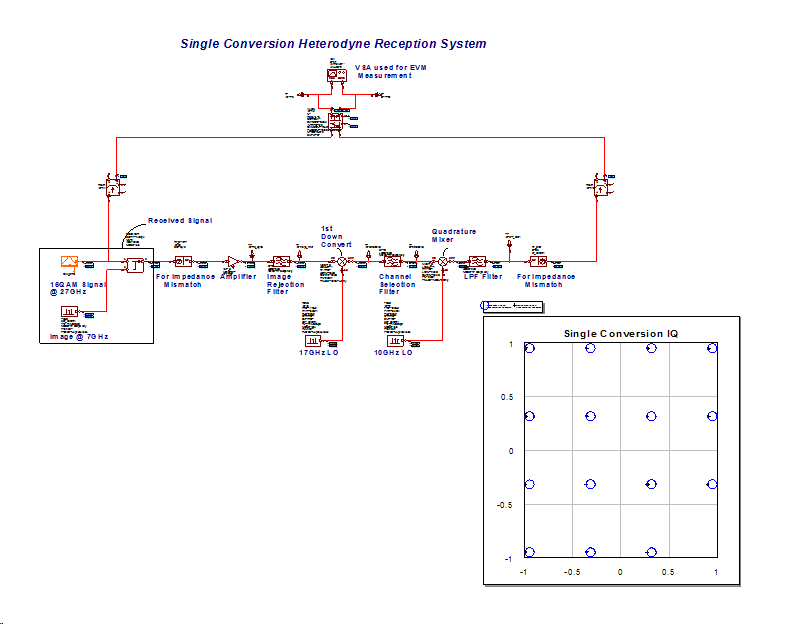 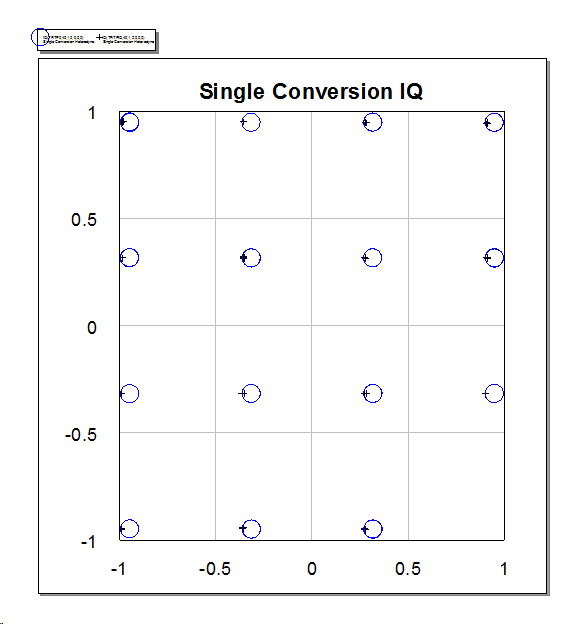 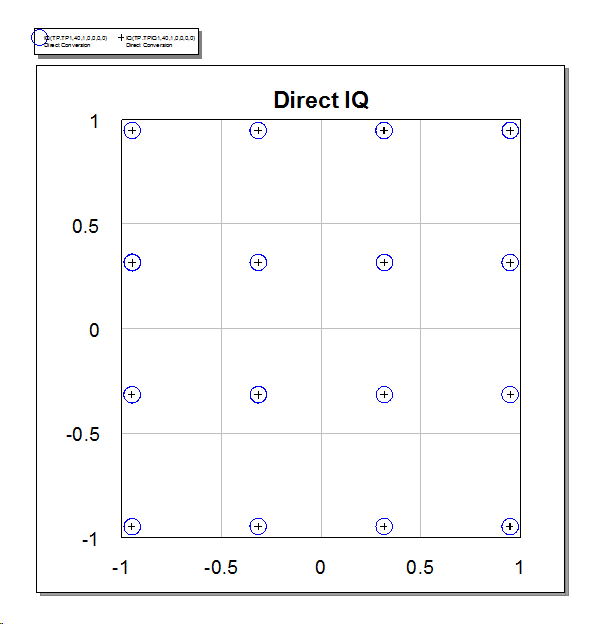 Graph - Spectrum Before and After Image Rejection Filter 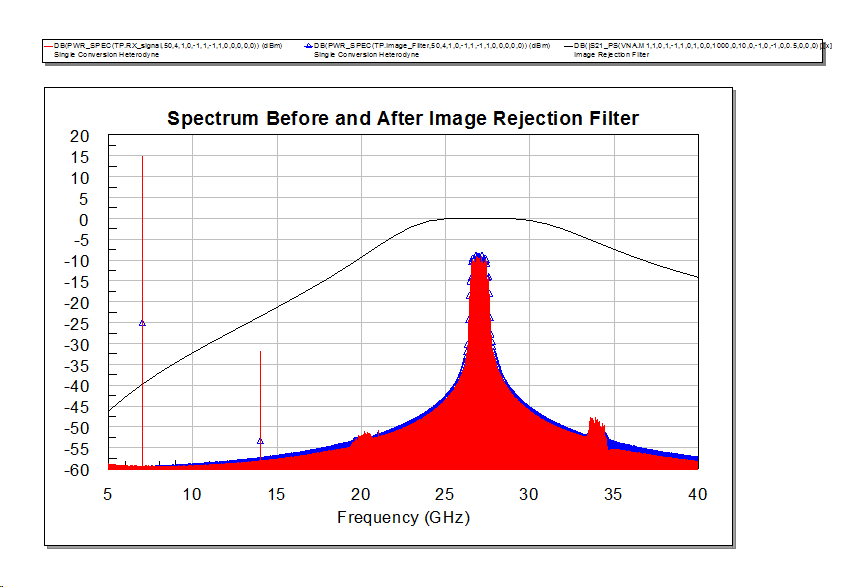