How to determine S-parameters under large signal excitation

This simple example demonstrates one way to measure small signal S-parameters under large signal excitation and large signal stability factor K. These S-parameters are plotted together with linear S-parameters and the results are compared at the low power to make sure that the technique applied is valid.

This schematic is used to measure large signal S11 and S21.  Since the large signal is at the input of an amplifier, the large signal can be used to calculate these two parameters. Port 1 is a 1 tone Harmonic Balance port whose frequency is set by the project frequencies. Port 2 is terminated with 50 ohms.  The measurement used is Nonlinear > Power > LSSnm and setting the appropriate ports and using 1 for the Harmonic Index.

Port 1 is a 1 tone Harmonic Balance port whose frequency is set by the project frequencies.   Port 2 is a PORTF that has its frequency set to the project frequency plus 0.01 GHz.  The syntax for the frequency is "_FREQH1 + 0.001".  The variable _FREQH1 is a vector that has the Harmonic Balance tone 1 frequencies.  The output port will always be sourced at 0.001 GHz higher than the input tone. This simulation will now be a two-tone simulation since the frequencies at the input and the output are slightly different.  The LSSS block simplified the simulation by letting the simulator know that tone 2 is a small signal. This means the power level on port 2 has no bearing on the results or the simulation time.  With this block disabled, this would not be the case.

For small signal S22 under the large signal excitation see the "S22" graph.  The to and from ports will be "Port 2".  The tones are set to just look at the offset tone at the output.  The first set of tones are for the Port(To).  A 0 in the first box and a 1 in the second box puts the frequency at 0*t1+1*t2 where t1 is tone 1 and t2 is tone 2.  Therefore, this will be measuring the offset frequency from the fundamental at the output.  The set of tones are for the Port(From) and they are identical to the Port(To) tone settings.

These two test benches are also used to calculate the Stability factor K under large signal condition. This is done using the output equations.

To verify that the technique described above works correctly, change the PWR to -30 in Global Definitions window and simulate. Now look at the "S11", "S21", and "S12", "S22" graphs. These graphs compare regular s-parameters to the non-linear techniques described above. At lower power levels these linear and nonlinear parameters should match, which they do. Also look at the "K factor" graph and notice that stability factor K match in both conditions.

The “Power_Sweep” schematic and “Power Sweep” graph show the Pin vs Pout curves so you can set the PWR variable to the various ranges of operation for this amplifier. 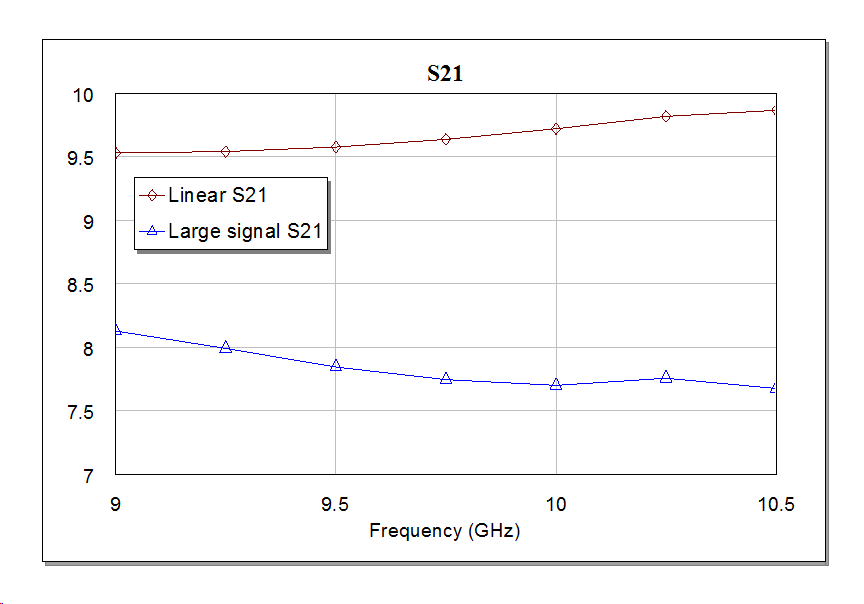 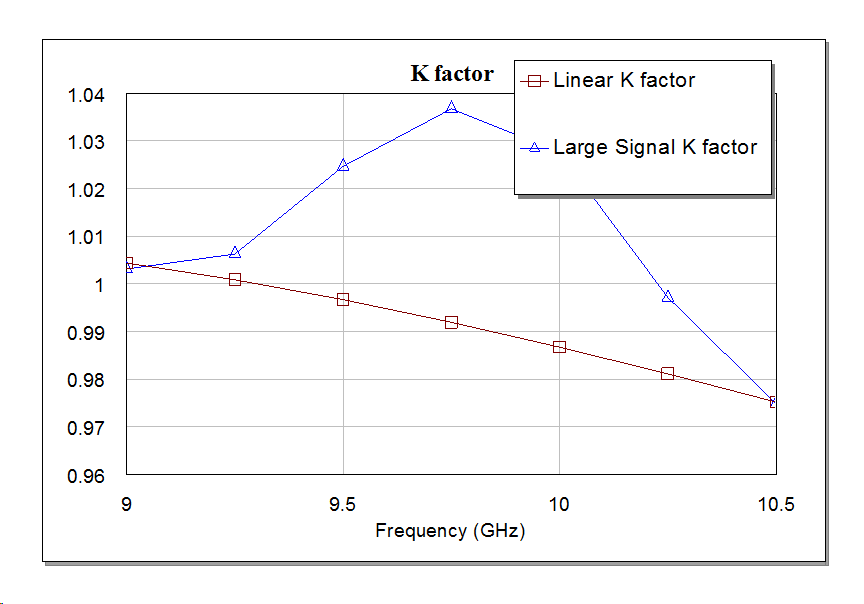 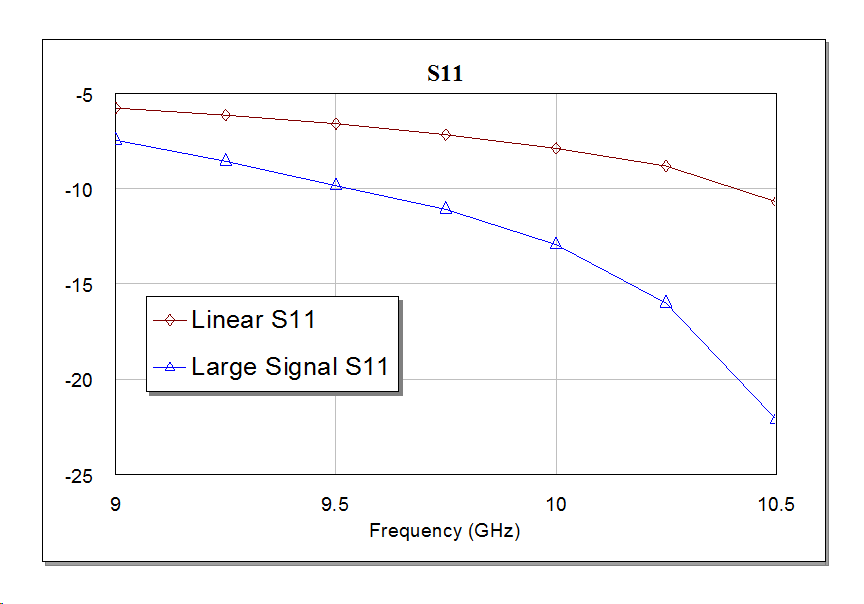