How Do I Fix DC Problem In Data Files

My datafile does not contain DC data in it. How do I fix it?

There is a visual basic script available just to solve this problem. The DC_Network_Setup script can be found in the download section of this article. Once the script is imported into the project, it can be run from the scripts menu (Scripts > Data > DC_Network_Setup). When you run the script you will get the dialog box prompting you to choose a data file.The Cutoff Frequency for upper low and lower high band is assigned to Diplexer element DIPLEXF. If you are not sure value you should set it to, just use the default value. Currently this script only works for touchstone data files and MDIF files with single variable. 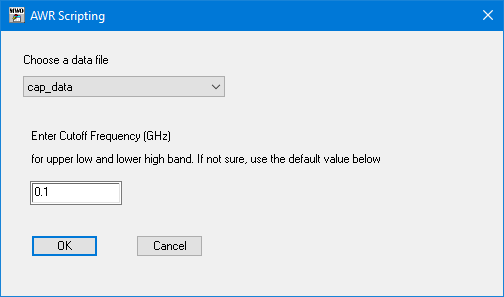 After you click OK, a schematic named new_DC_network is created with the same number of ports as the data file. You'll need to complete the DC network as needed in this schematic. 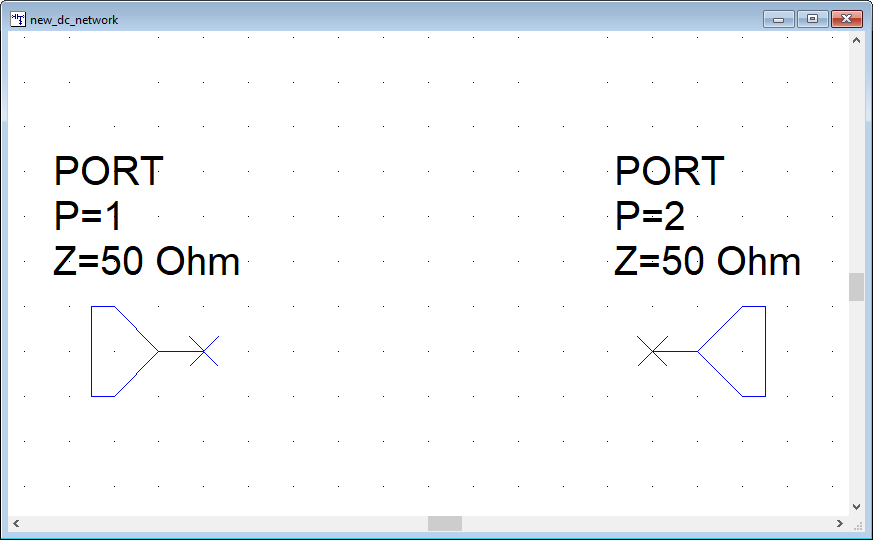 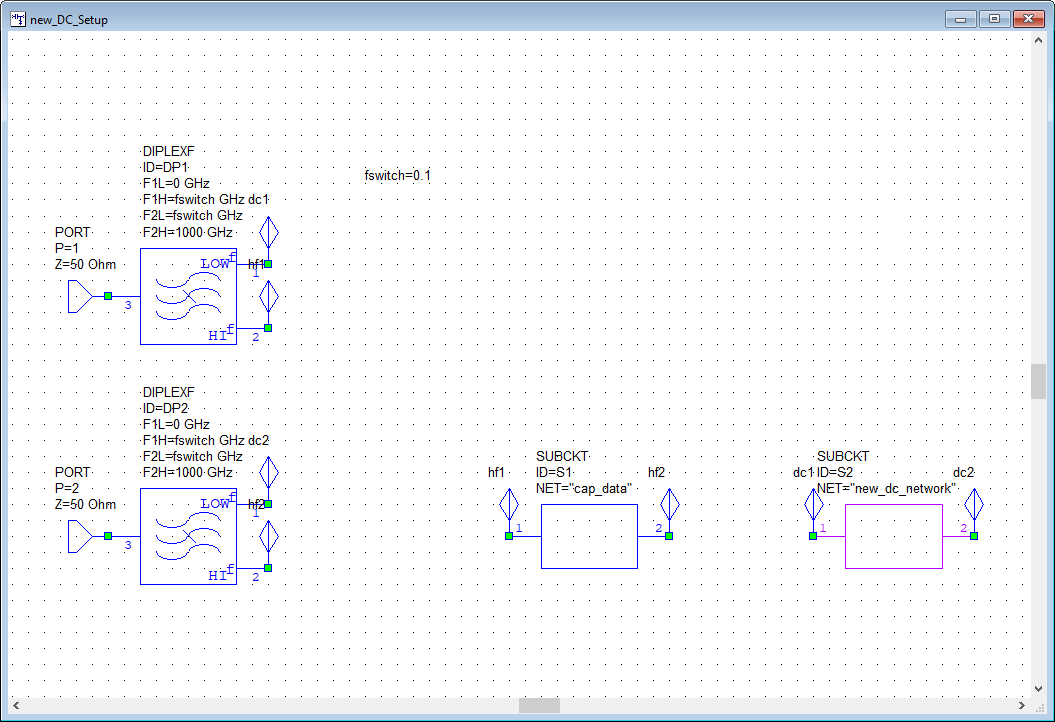 You will get the following dialog box asking you to simulate the project.

After you simulate the project, a new datafile with DC value added to it created and added under DataFiles. The script also creates graphs plotting the Smodel measurement comparing the original and DC fixed data file. 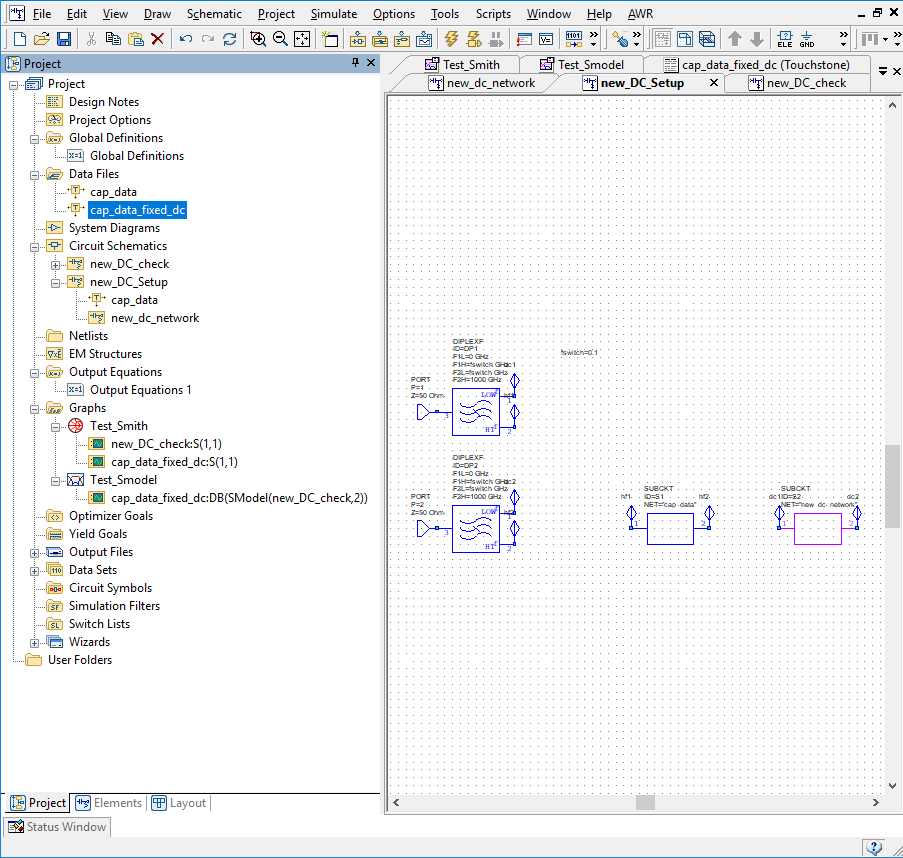