This example shows AWR’s capability to perform nonlinear oscillator simulations with high Q circuits.  This example is a Dielectric Resonator Oscillator (DRO), that uses a FET to provide negative resistance and a dielectric resonator (modeled as a parallel RLC).  This example shows several techniques to first look for the proper oscillation conditions.  Once these are found, then the circuit is simulated to find oscillation frequency, output power, and phase noise.  In this circuit, the Q of the resonator is varied to see how the phase noise of the circuit is affected.

This design has been broken up into two core pieces of the circuit, the resonator, in the “DRO” schematic and the active device, in the “Negative_Resistance” schematic.  These blocks are then used as subcircuits for the schematics “Part1_Small_Signal_Oscillation_Condition”, and “Part2_Oscillator”.

The resonator is modeled as a parallel RLC circuit in this project.  This model assumes that the user has simulated this resonator and has extracted these results or can get these values from a vendor’s datasheet.  Then in this example the value of L of the RLC is varied to change the overall performance of the resonator.

The linear conditions for oscillation are that the total admittance between the resonator and the active device (the negative resistance generator) should have a 0 imaginary part (the susceptance) and a negative real part (conductance).  This project shows two techniques of generating this data.  Both techniques are equivalent.  The results of this analysis are shown in the “Small Signal Oscillation Conditions” graph.

The first technique is to measure the admittance looking into the resonator and negative resistance sections of the circuit.  This was the original reason for breaking the circuit into the two halves.  In the “Output Equations” block, the admittance for each is assigned to a variable.  These two values are then summed together to get the total admittance, given by the variable Yt.  The real and imaginary parts of the total admittance are plotted on the graph as “Total Conductance” and “Total Susceptance”.

The second technique is shown in the “Part1_Small_Signal_Oscillation_Condition” schematic.  Both parts of the circuit are wired together; an additional port is placed between the resonator and negative resistance and the impedance is set to a high value so as not to load the circuit.   The total admittance can be measured directly on the graph.  The measurements are labeled as “Conductance at Port” and “Susceptance at Port”.  Notice the two techniques for predicting the oscillation frequency give very similar results.  The oscillation frequency is expected to be 8.5 GHz, which is where the susceptance is 0 and the conductance is negative.

In the “Oscillator” schematic, the two halves of the circuit are wired together and an OSCAPROBE is connected between the two parts.  The OSCAPROBE is what determines the large signal characteristics of the oscillator.  There is a SWPVAR block to sweep the resonator inductance.  There is also an OSCNOISE block used to control the phase noise simulation of this circuit.

The various graphs are as follows:

•    “Oscillation Frequency” - Tabular graph showing the fundamental oscillation frequency at the various values of inductance for the resonator.

•    “Phase Noise” - The single sideband phase noise versus the L of the resonator.

•    “Spectrum” - The spectrum of the oscillator, a direct result of the Harmonic Balance simulation.

•    “Waveform” - The waveform of the oscillator resulting in the Inverse FFT from the Harmonic Balance simulation. 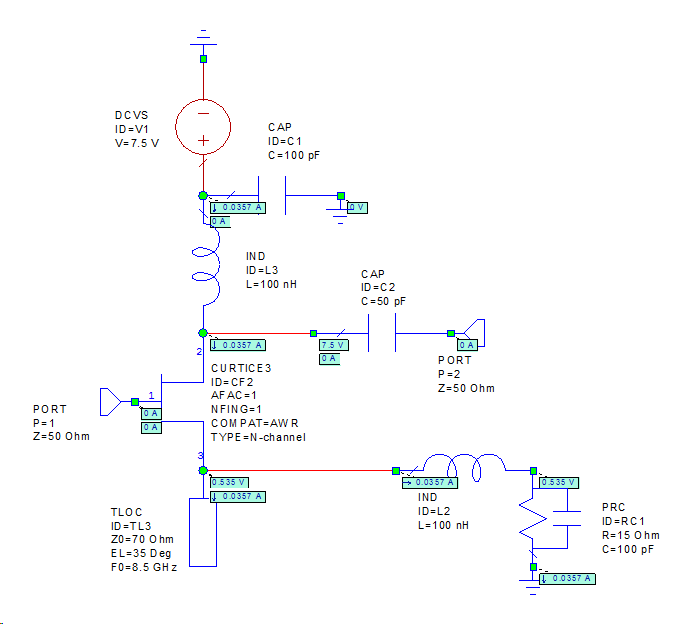 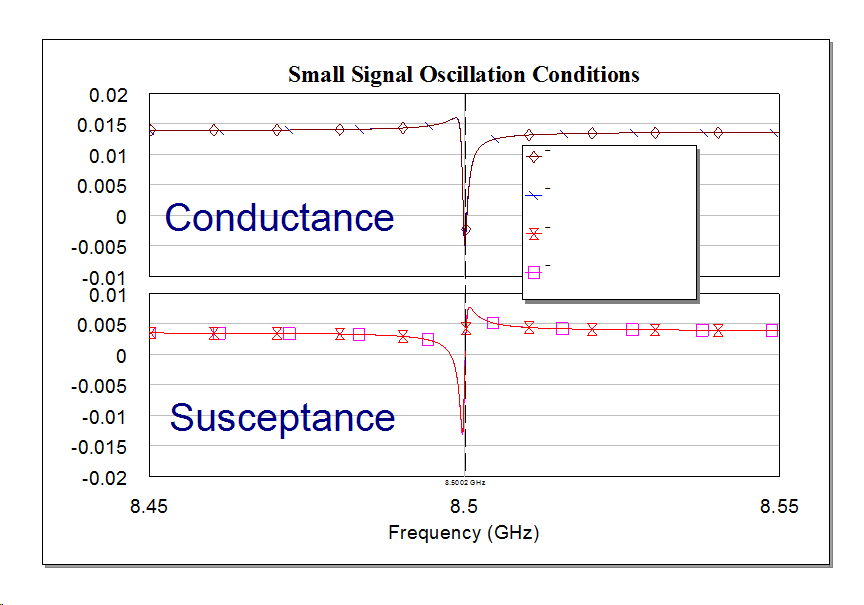 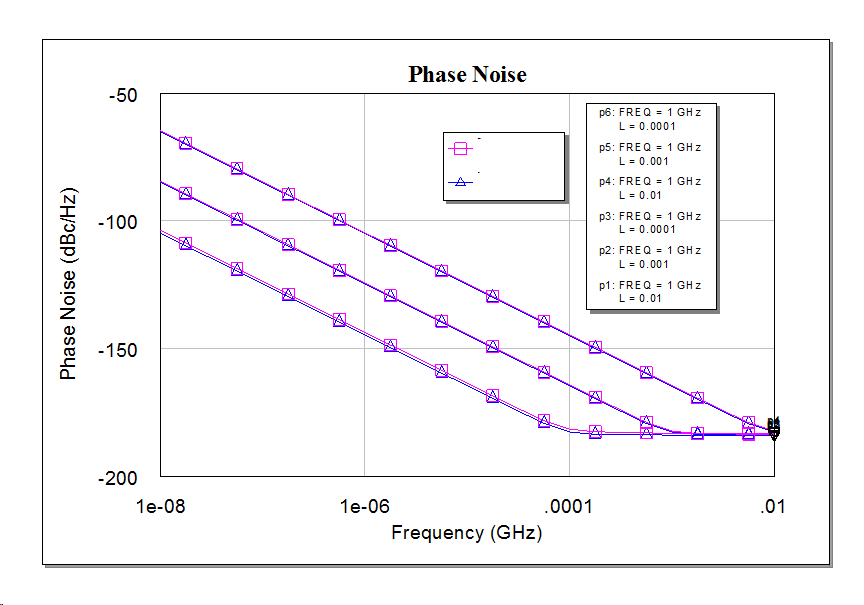 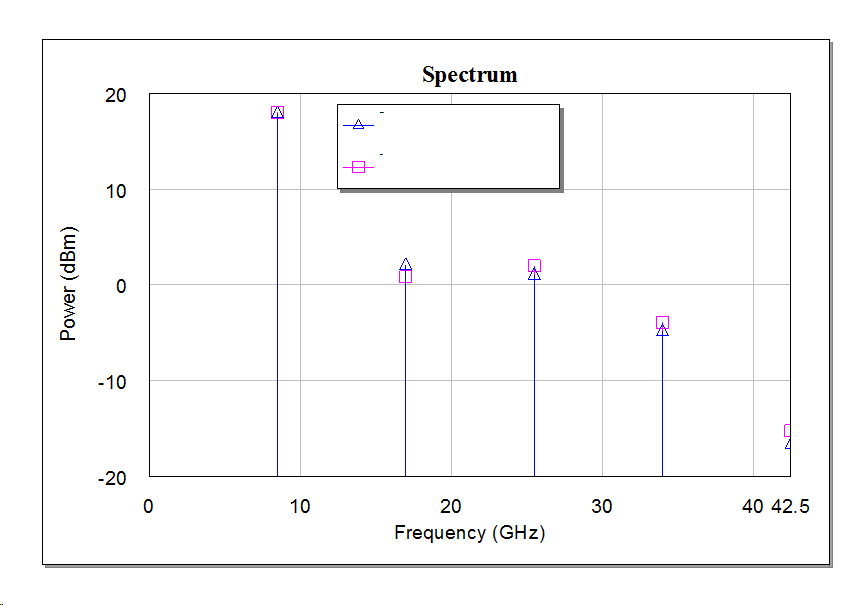