C_HDRM measurement falls under the  RF Budget cascaded measurement category and is used in the computation of the difference between individual element input power level and the element's input 1 dB gain compression level. This measurement is expressed as:

To emphasize the measurement definition, C_HDRM is an element-by-element measurement, not an overall cumulative system measurement.

A typical level diagram vs. RF stage may look like: 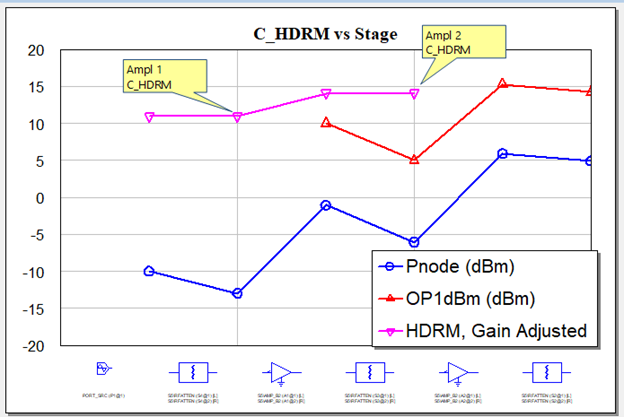 How to Compute Output Referred Headroom 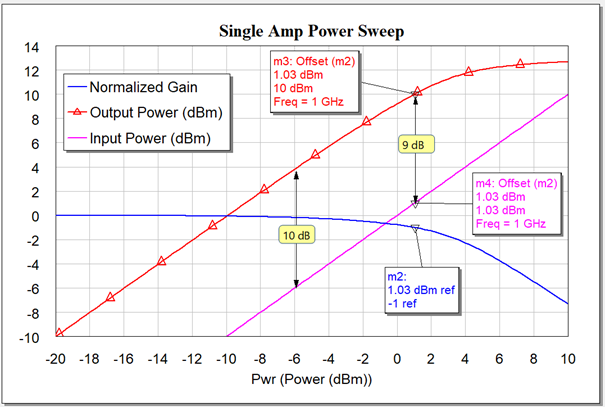 where Margin is the measurement parameter highlighted below: 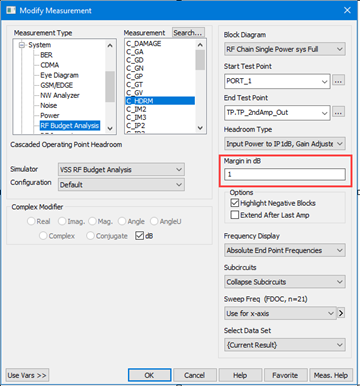 So, for input C_HDRM, leave Margin in dB at its default value of 0 dB. For output C_HDRM, set this parameter to 1 dB.

The Gain Adjusted type is the default setting. The following system shows an amplifier with +10 dBm output P1 dBm preceded by a 3 dB fixed attenuator. The output headroom is 13 dB as shown in the following figure: 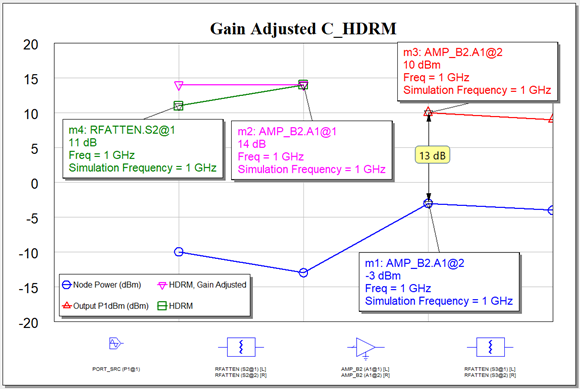 The gain adjusted C_HDRM is the true headroom value of the RF chain. The C_HDRM that is not gain adjusted is supplemental information that could be used in consideration if the loss in front of the gain element was removed. More of a what-if analysis on whether to include the input loss element or not.

It may be beneficial to monitor the headroom for each stage as a function of frequency. The following example will be used to illustrate:

A test point is placed at the output of each active stage. Measurements for each test point are constructed with the End Test Point parameter set to the test point of the stage of interest: With the following plot of C_HDRM vs frequency, the headroom of each active stage can be determined. 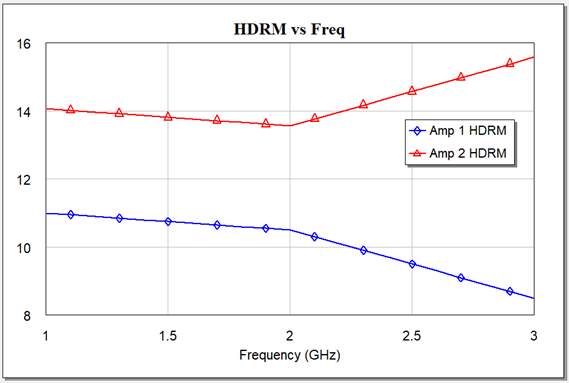 The C_HDRM measurement is not capable of computing cumulative system level headroom. Simple Output Equations can be written for cumulative headroom. Subtract node power from output gain compression as shown:

The result is the magenta trace added to the data from the previous C_HDRM vs. frequency example. 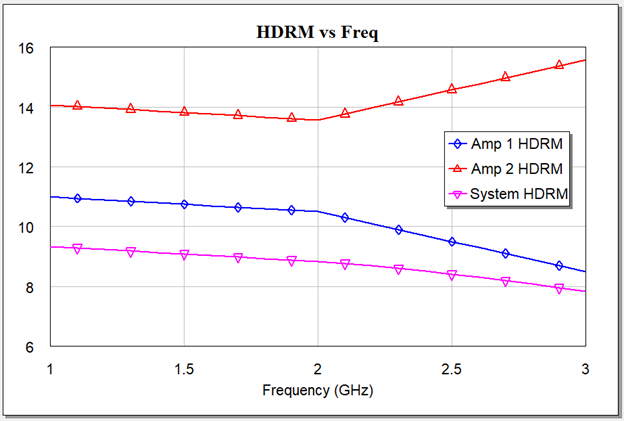 Instead of headroom between actual power and the P1dB level, this example shows the actual compressed gain measurement. Use a SWPVAR block that controls the power of the source. Use two sweep values, one where the source power is far below gain compression and the other at the operating power level. In the following example, these two values are -30 and 0 dBm respectively: 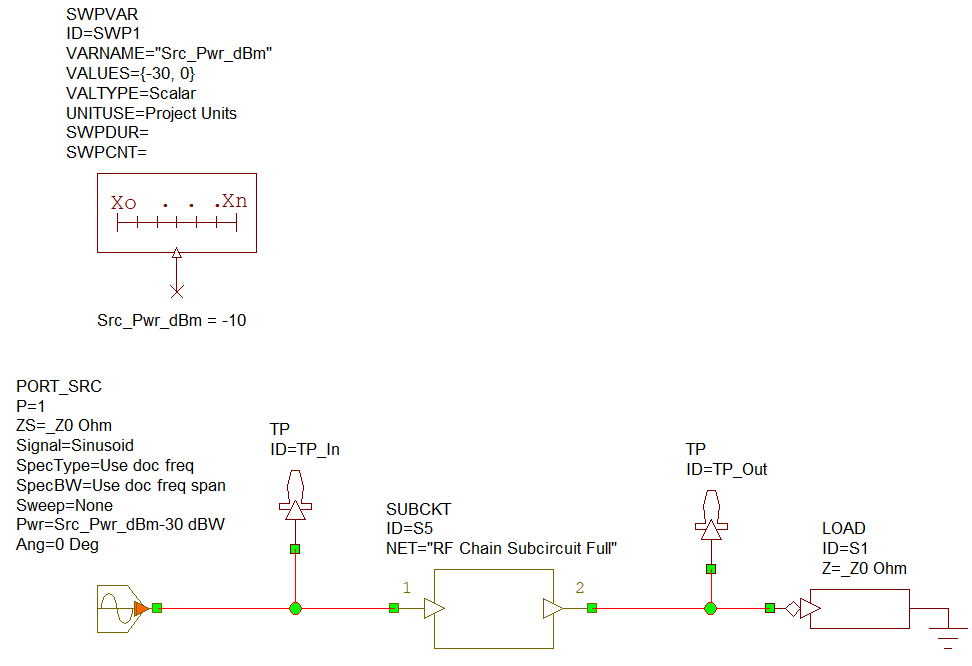 Create an output equation where the transducer gains for the two swept powers are subtracted from each other:

The plotted result shows the actual compressed gain vs. frequency: 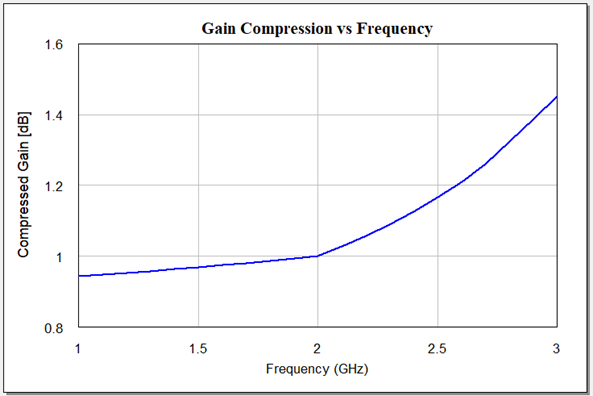