Python and the pyawr module must be installed. Please refer to this link for manual installation instructions or this link for using Anaconda/Miniconda distribution package.

This script also uses PyQt5 as the graphical user interface (GUI). PyQt5 must be installed in your environment. Please see this link for installation instructions. (Note: PyQt5 was the current version as of this writing. The top level Python file described below can be edited for use with future versions. The PyQt import statements are at the very top of this .py file)

The cascade analysis Python script works with an opened Microwave Office (MWO) project. An RF chain must be constructed as a System Diagram document. Only RF Budget (RFB) analysis is used, so the system diagram cannot contain a modulated source.

The input source must be a PORT_SRC. The Spec Type parameter can be either Use doc freq or Specify freq 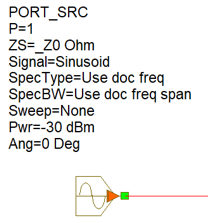 For secondary signals, such as an LO signal, then TONE source can be used 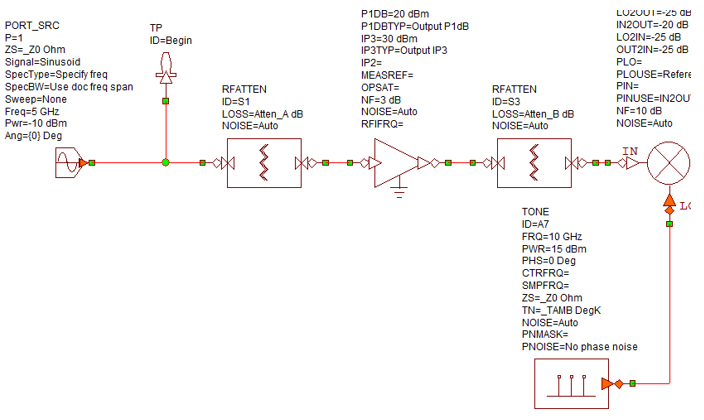 There is an example AWR project file that can be used initially. There are multiple Python files under the CascadeAnalysisPythonFiles directory. Cascade_Analysis.py is the top level script, the other .py files are for the GUI and are imported into Cascade_Analysis.py automatically. 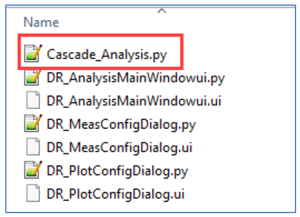 The .ui files are included. These are the GUI configuration files for the Qt Designer application. They are included in case more customization is needed and information can be found in the link.

Open a compatible project in AWR Design Environment (AWRDE). You can use the one included in the .zip file as an example. Open Python IDE and open the Cascade_Analysis.py script. Then run the script in the IDE. The MainWindow dialog box will open. Below shows the selections available in the MainWindow dialog box: 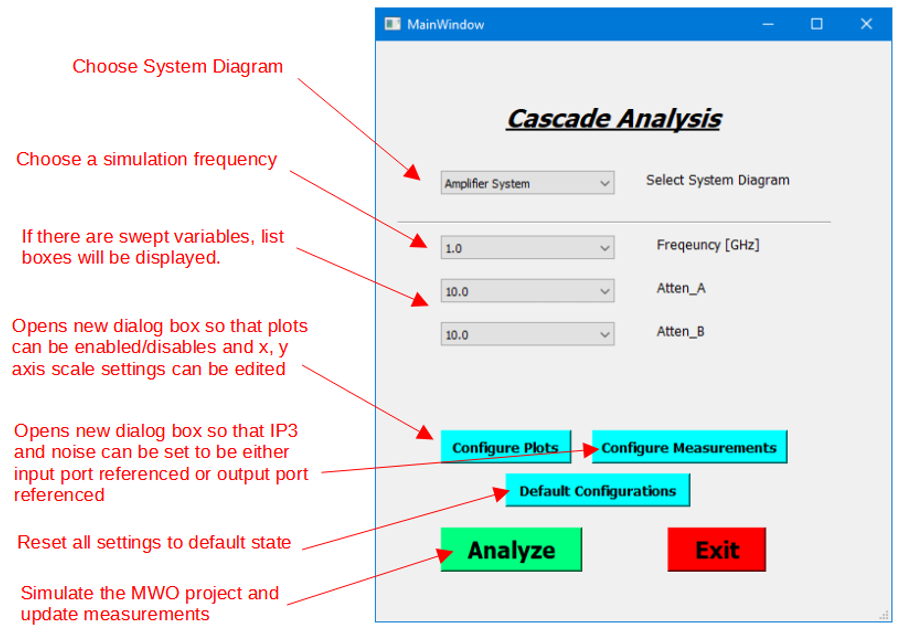 Configure Plots and Configure Measurements bring up new dialog boxes described below. Default Configurations resets all plot parameters to default values. Analyze starts the simulation and updates the measurements. Exit stops the program and closes all the plots

Displayed Stages is the x-axis setting. Default values are MIN and MAX to display the entire RF chain. To view a portion of the RF Chain, the set these to the stage numbers. The stage numbers will be visible on any of the plots.

Check boxes allow individual plots to be enabled or disabled. For each plot the y-axis settings can be edited.

The Configure Measurements button from the MainWindow dialog box launches a new dialog box that allows selection of measurement types as shown: 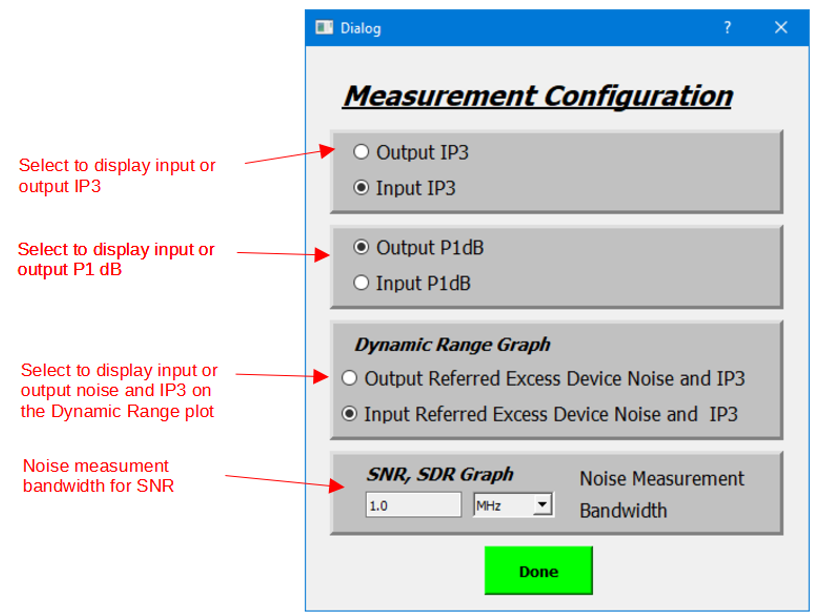 In addition to the Python graphs, Data Files are generated in AWRDE: 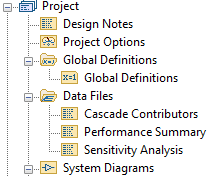 Dynamic Range Figure of Merit is IP3 – Device Excess Noise for each stage. This is an indication of simultaneous noise and distortion performance for each stage

These Data Files get updated every time the Analyze button is pressed.