A typical use case is the measurement of a device under test (DUT) mounted on a fixture such as a printed circuit board as depicted here:

When the frequency domain s11 response is transformed to the time domain using a low-pass step as a stimulus, the connector responses and the DUT response can be separately identified as shown here: 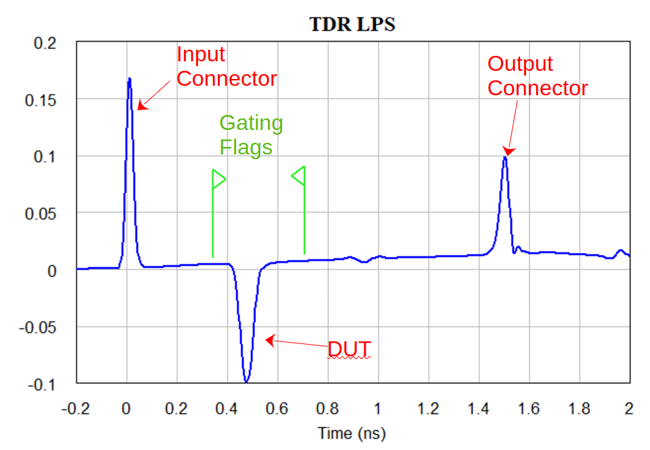 Even though gating flags are set in the transformed s11 data, the routine used in this solution performs gating on all the port parameters.

Python and pyawr module must be installed. Please refer to this link for manual installation instructions or this link for using Anaconda/Miniconda distribution package.

The AWRDE project can be of the user’s choosing, however TDR_Gating_Template.emp has been provided with some sample data files. Python file TDR_Gating.py has been provided. AWRDE is controlled by Python and so the measurement is initiated by running the Python script. TDR gating is limited to either one or two-port S-parameter data files in Touchstone format. 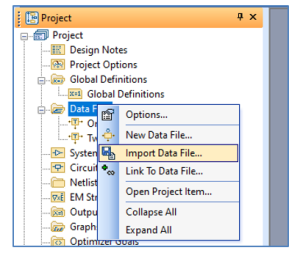 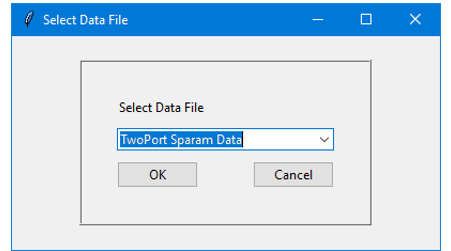 Shown are s21 and s11 plots with gated and ungated data 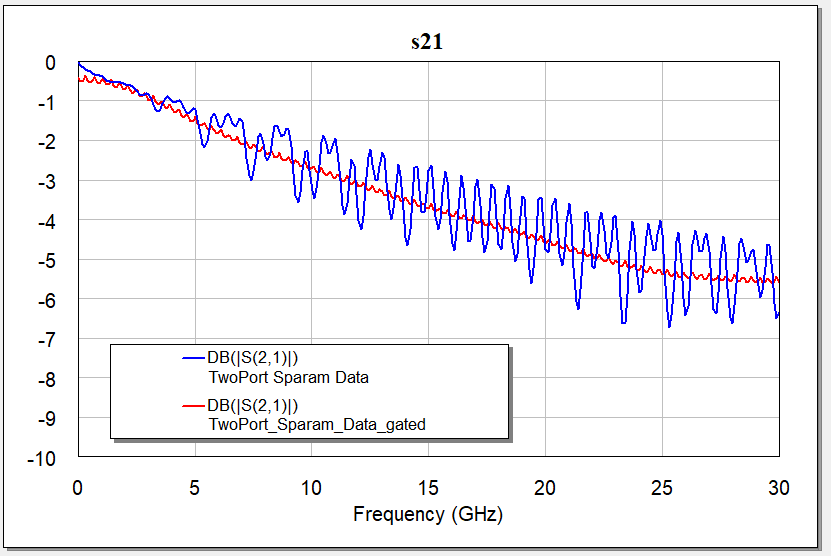 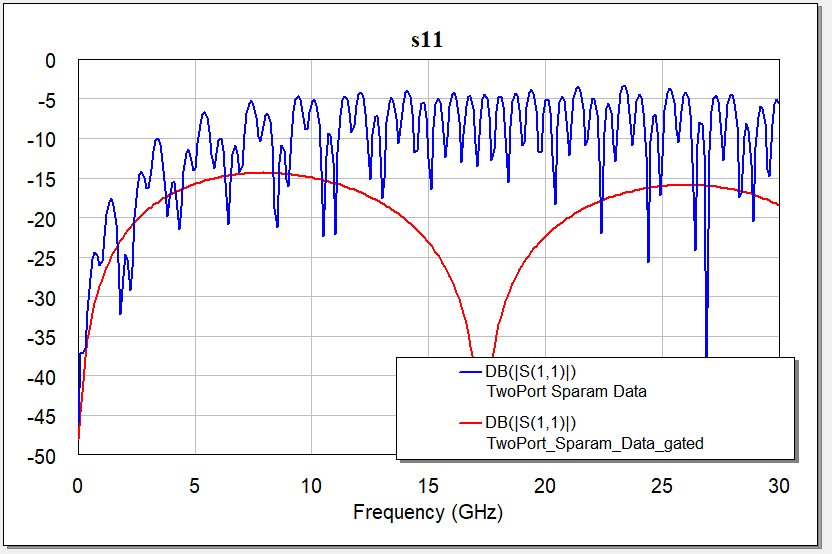