AWR Tip of the Day

The version 15 release introduces minimum routing guides.  You can now quickly route iNets as close as possible without violating DRC separation rules. The guides, drawn in a dashed red line during iNet routing, represent the centerline of the iNet if routed as close as possible to the other shapes. Options include snapping to the guides as you route the iNet, and rejecting routing clicks inside the guide lines. The guides are dynamically calculated based on DRC separation rules and iNet widths.

For example, see the layout below. 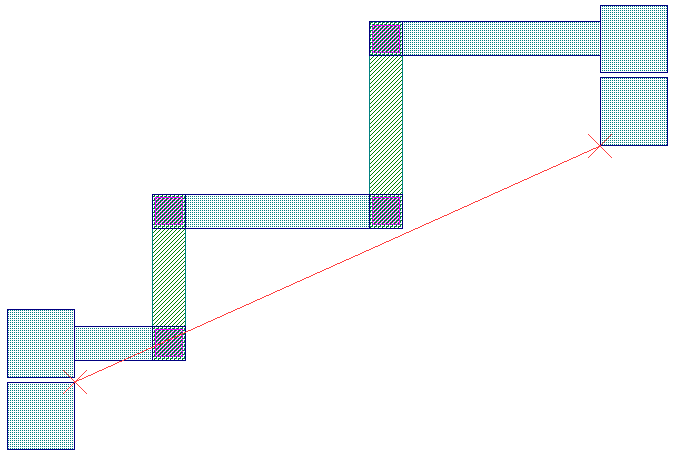 When routing the iNet for the rat line shown in the layout, several capabilities will help route the second iNet at a minimum distance from the first iNet.

When your mouse goes into an area that would violate the DRC rule, a red outline displays the closest the center of the iNet can get to the other shapes, such as below. 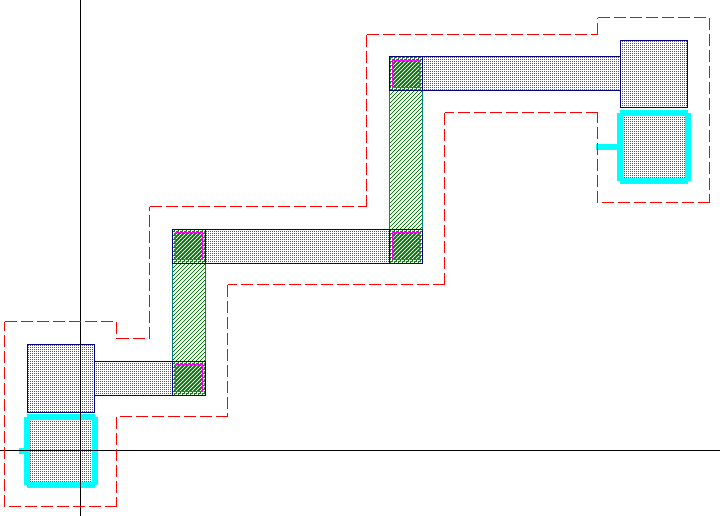 Then when routing, gravity points will help your next mouse click be at the exact right place to maintain the minimum spacing.

As the route starts and extends horizontally beyond the first segment, the vertical location display shows in a dashed red line and a gravity point will stop the cursor in this location.   These indicators help guide you to add an iNet point at this location. 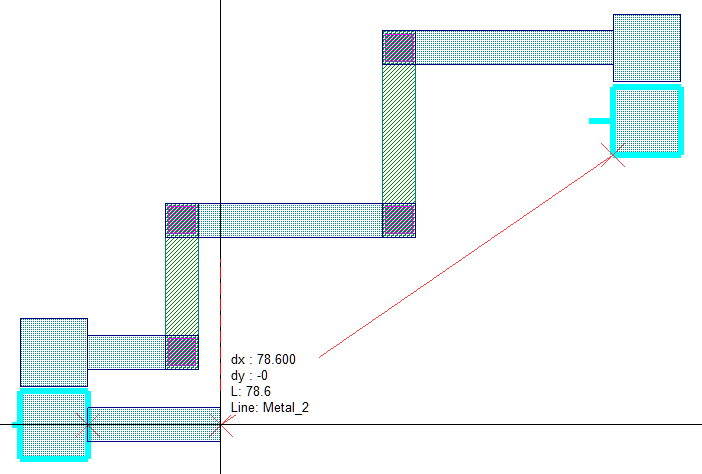 With these guides, the 2nd iNet route is created at minimum spacing easily. 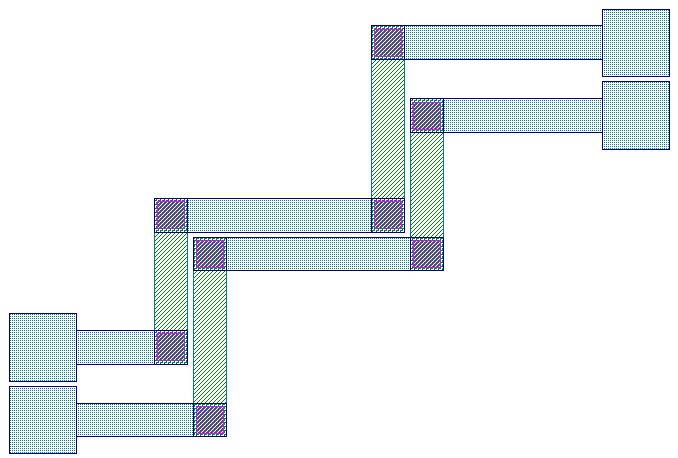 Please see the AWR Design Environment document on how to configure your process to enable these guides.