AWR Tip of the Day

Starting in V15, the variable browser has a new tab called All that includes all equations and parameters that include equations.

For example, see a Global Definitions and Schematic document that uses a series of equations.   Notice the equations and the resistor R parameter is also set to use variables. 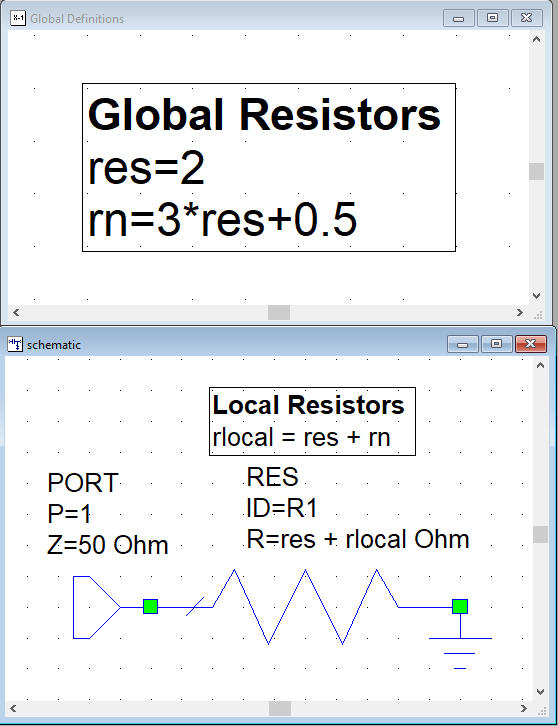 In previous versions, when looking at the variable browser, you would only see the independent variables, as shown below.

Notice the new tab called All.

That button displays all independent and dependent variables.

This view has several useful features.

Lets say for example, the designer wanted to replace the equation res=2 to use a new variable name globalres.   You can easily change this variable name but then it becomes difficult to replace any where res was used with the new value.

From the search and replace tool, this is now easy.

The Replace All command then replaces everything in the Value column to the new value.

And you can see the changes are also in the different windows of the design. 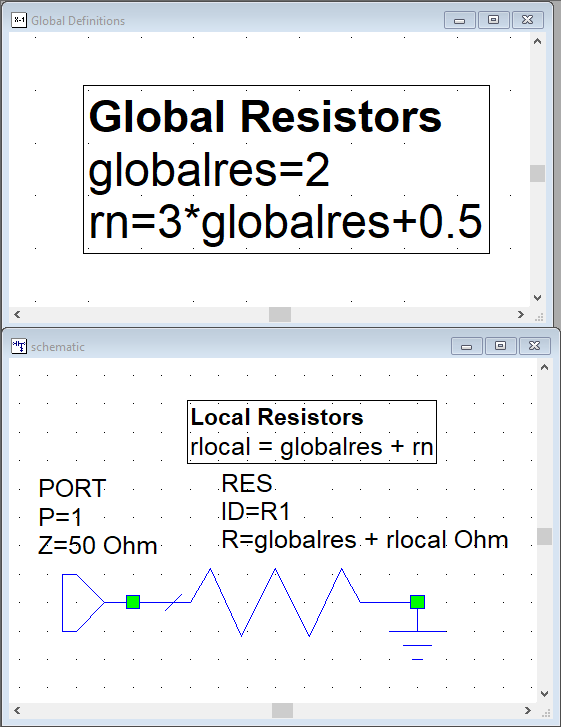 This was a relatively simple example.  This feature is valuable for both simple and complicated designs.