Select Help > Enable Guided Help in order to run the script from this page. 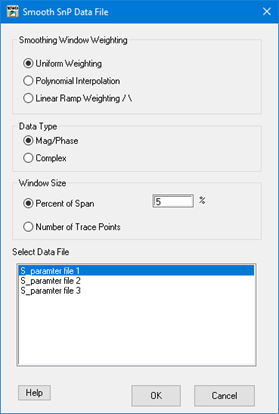 At the completion of the script a new data file containing the smoothed S-parameter data will be created in the project. This new file name will be the original data file name with “_smooth” appended.

Below is an example of S-parameter data before and after smoothing: 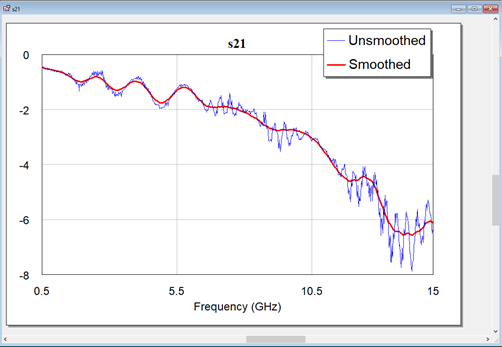 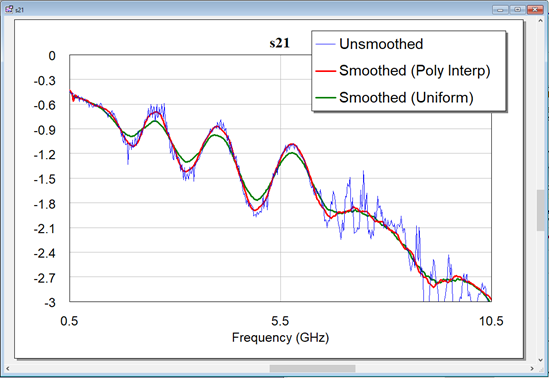 Be aware that Polynomial Interpolation computation time is much longer than that for Uniform weighting.

Polynomial Order can be selected when choosing the Polynomial Interpolation weighting function. Values can range from 1 to 9