This project shows how to use the cascaded damage indicator measurement, C_DAMAGE, in VSS.

C_DAMAGE computes cascaded operating point headroom relative to a power level at which damage is considered to occur at block input ports using the VSS RF Budget Analysis simulator. C_DAMAGE is similar to C_HDRM except that instead of comparing the input power to the 1 dB compression point, it is compared against a threshold above which damage is considered to occur, referred to as PIN_MAX. Such values are specified for individual blocks by adding a user attribute named "PIN_MAX."

A UATTR annotation can be added to the system diagram (found under the Attribute folder in Annotations) to highlight the block(s) operating at input levels exceeding their respective PIN_MAX settings.

This example project consists of a cascade of two PAs driven with a PORT_SRC at 0 dBm. The PIN_MAX attribute is set to 8 dBm for both PAs in the cascade. The second PA is highlighted to show that it is operating above its defined PIN_MAX setting and the simulation results show that it is driven approximately 1.2 dB beyond that level.

Further information can be found in the measurement help. 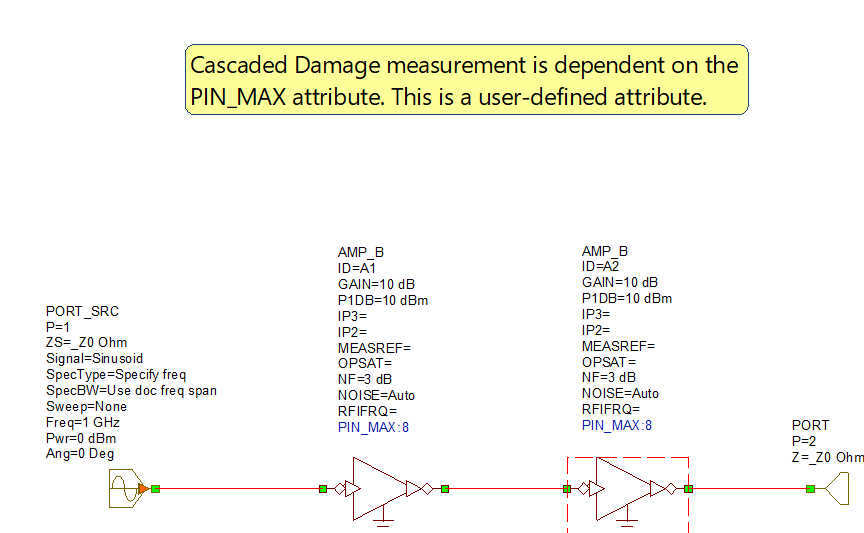 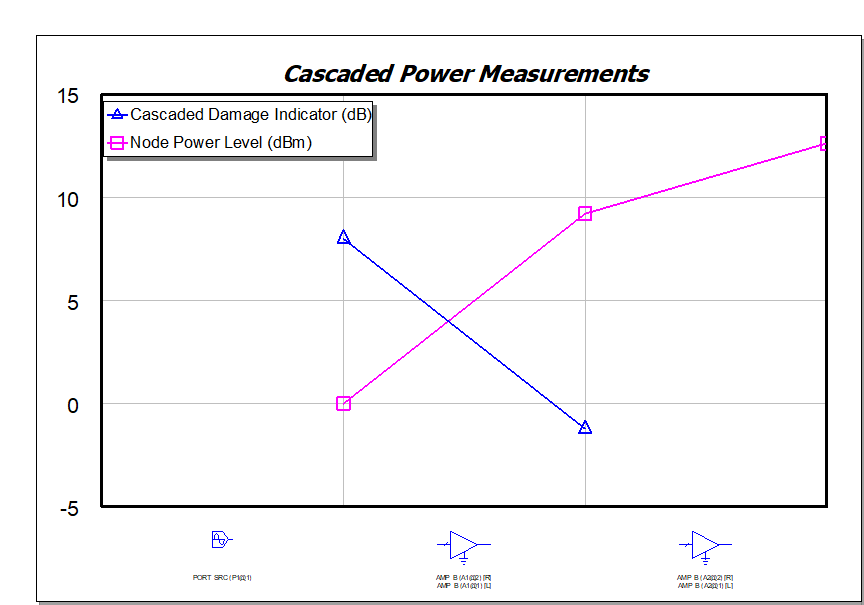