This example will read Optimizer Goals from an AWRDE project and allow editing of the x start/stop as well as the y start/stop values: 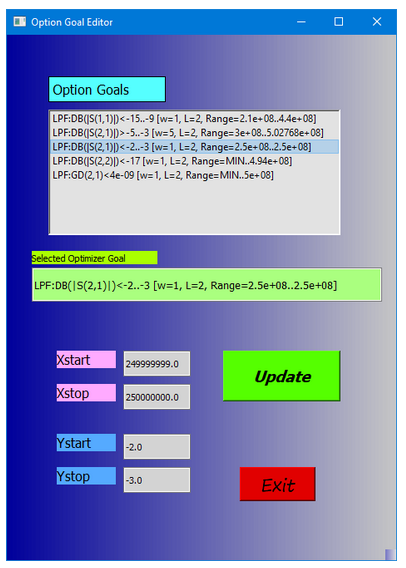 The installed example project LPF_Lumped.emp is a good project that can be used.

Shown here is the Qt Designer panel for this design. The construction is fairly straight forward: Drag-and-drop widgets from the Widget Box panel and customize each widget in the Property Editor panel. Colors, fonts, borders and even assigning an image to a widget (for example a push button) are all editing choices. 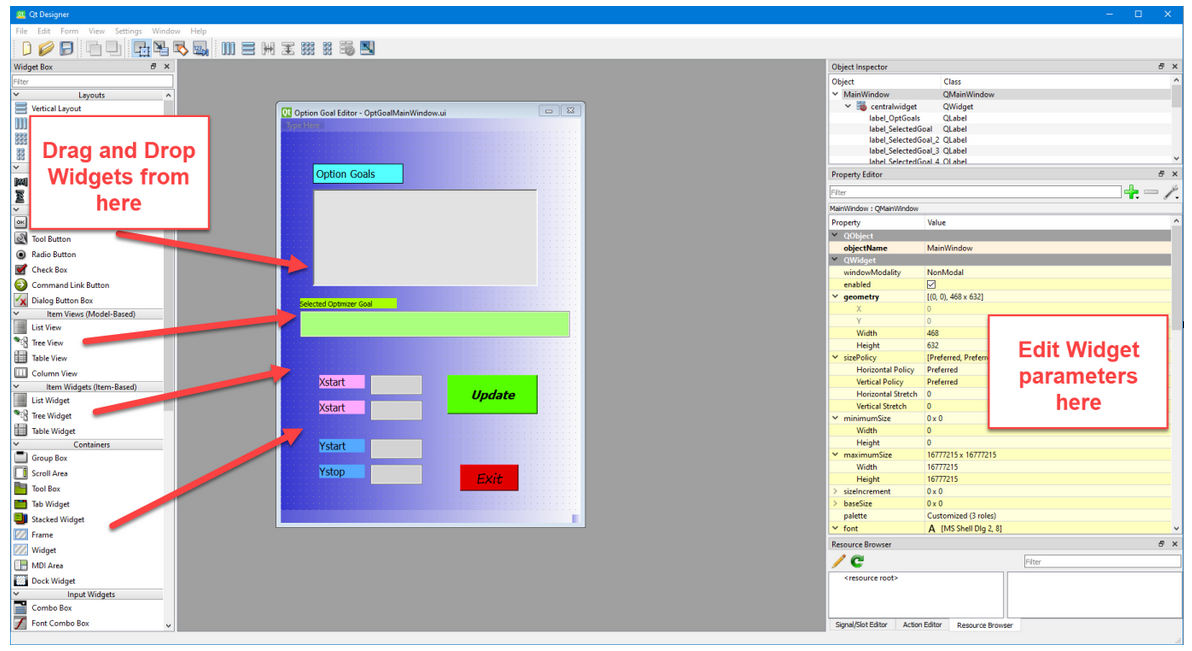 Qt Designer saves its files with the extension .ui The following steps involve creating a Python (.py) file and it is highly recommended that the Qt Designer .ui file be saved in the same directory as the Python file. A command line is used to convert the .ui file into a Python module. In either a command window or PowerShell window, cd to the directory where the .ui file is stored and type in a  command similar to what is shown here:

This example uses PyQt5; if PyQt6 is being used then the command would be pyuic6.  The .py file is one that will be created and the .ui file is the Qt Designer's output file. Note that this process is a one way event. You cannot make edits in the Python GUI code and have them show up in Qt Designer. To make edits to the GUI, you need to go back the Qt Designer, make the edits and then use the command line to create a new version of the Python GUI code. 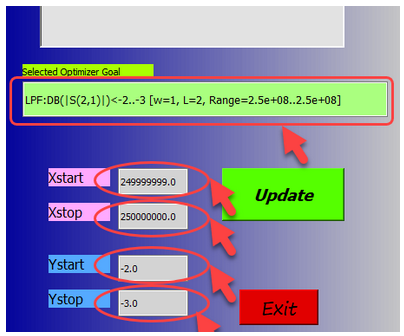 Here is the code when the Update button is pressed: