Or in Version 13 or higher you can open the project directly from this page using this button.

In this example, a Moving Target Detector (MTD), used in Radar systems, is implemented as described below and the results are compared:

- The VSS implementation: uses the VSS native block MTD. This block is part of the VSS Radar Library.

Note: This example will not run using the LabVIEW Run-Time Environment since the LabVIEW MathScript RT add-on module is not compatible with it. 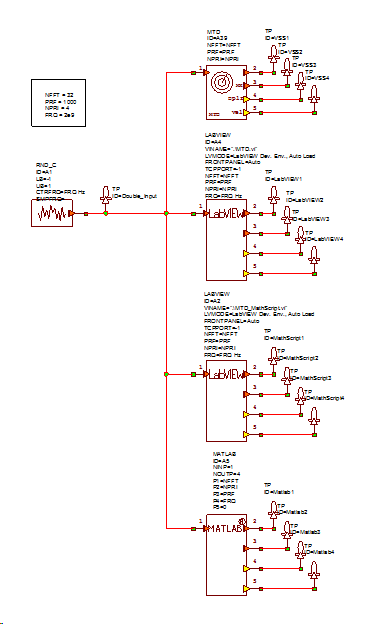