This example shows a design flow for modelling the effects of printed circuit board traces on an RF chain consisting of an upconverting mixer and an amplifier as shown:

By adding the INTRCONN block at the locations labelled "PCB Trace", PCB trace effects for loss, impedance mismatch and coupling can be modelled. The INTRCONN block can be configured in several different modes to allow a design flow as more information and refinement is gathered regarding the PCB traces. In this example, the design flow is outlined by the individual folders under "User Folders" in the project tree.

At early stages of design, before the layout is known, the PCB trace losses can be estimated using INTRCONN blocks with Type = Attenuator as demonstrated in "Atten_Mode_Sys Diagram". In this mode, INTRCONN is equivalent to the RFATTEN VSS block. Equations for frequency dependent loss can be written. 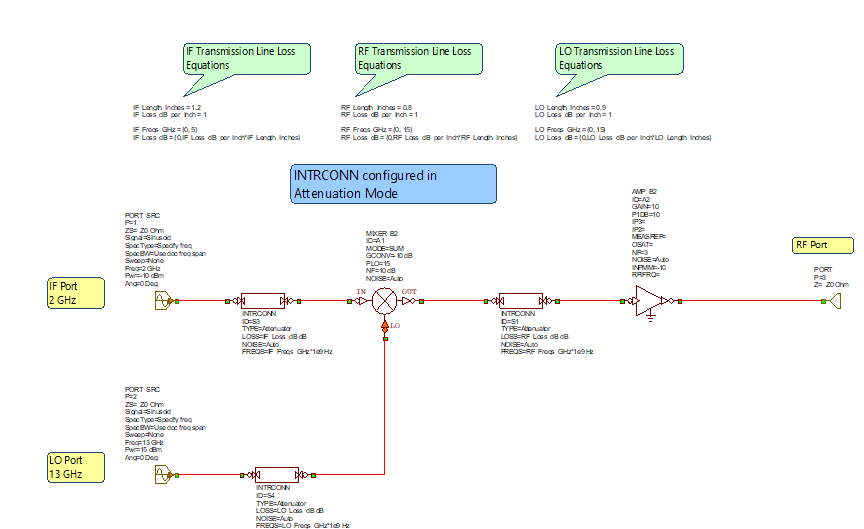 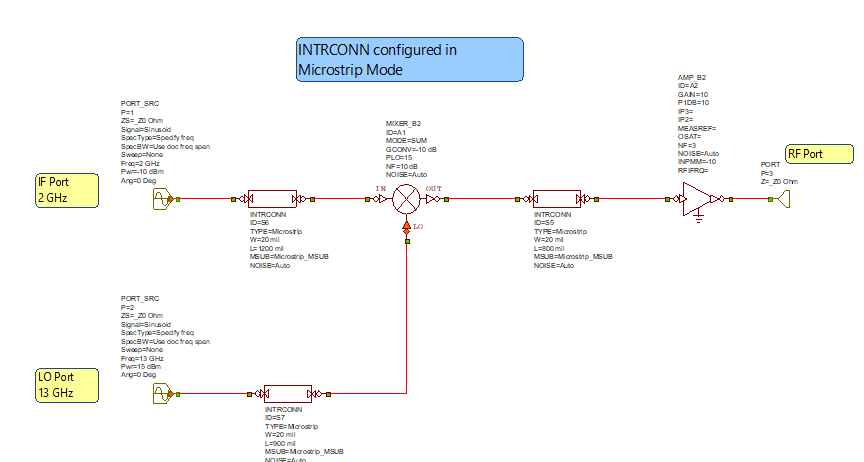 Further refinement may be to replace the microstrip MLIN model with more elaborate PCB trace models that may include bends, step in width, vias, stripline, etc. "Linear_CoSim_Mode_Sys_Diagram" shows the INTRCONN blocks set to Type = Linear co-simulation (LIN_S). This mode is equivalent to the LIN_S VSS block where MWO co-simualtion using Circuit Schematics or Touchstone data files is used.

The final step in the design flow is to add coupling effects of adjacent traces. In "Coupling_CoSim_Mode_Sys_Diagram" the INTRCONN blocks are set to Type = Coupling co-simulation. In this case, INTRCONN NET parameter points to the Touchstone data file EM Simulation Sparam File. 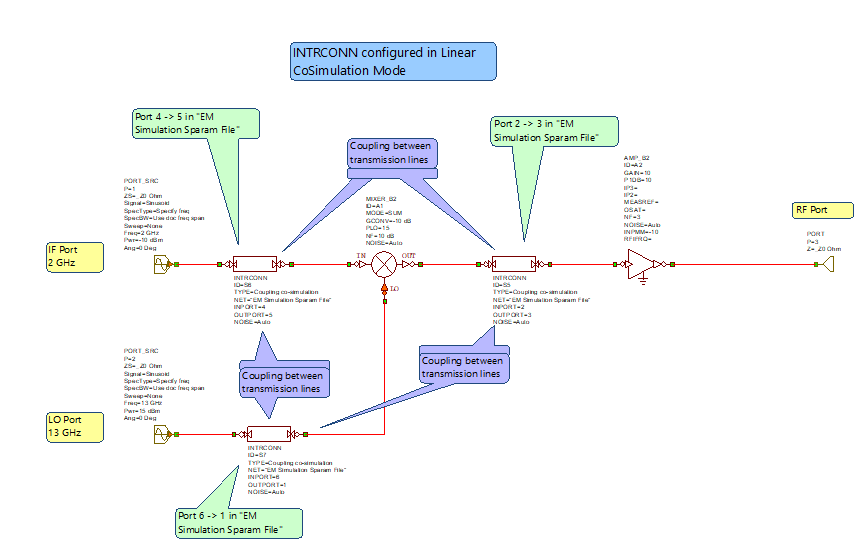 This data file was generated from an EM simulation of the layout shown below:

Extraction of the traces leads to the following EM Structure layout: 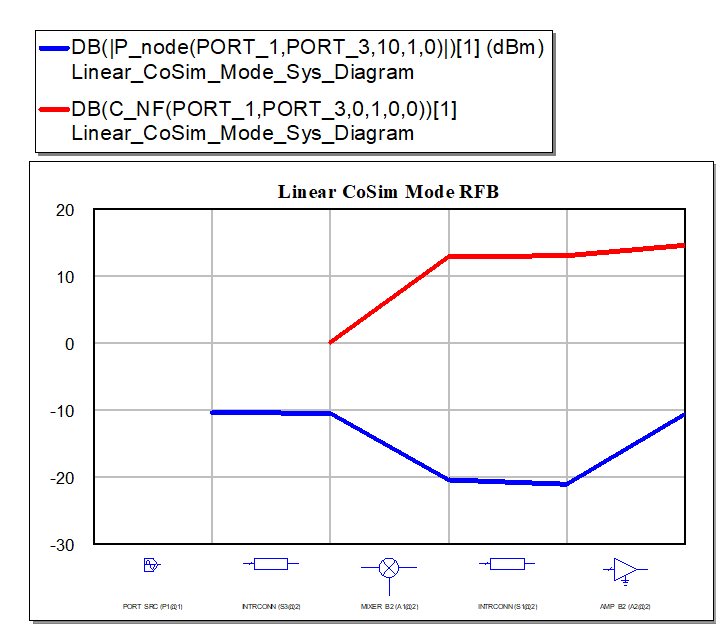 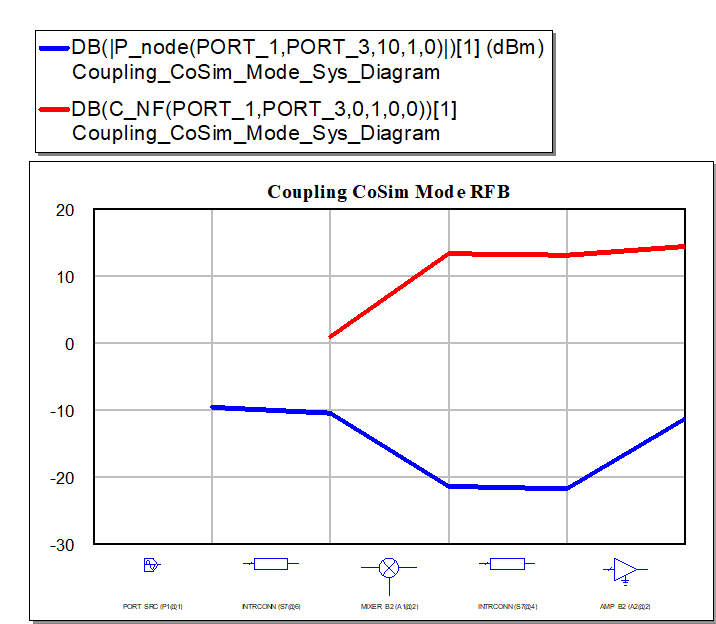 RFB Compare shows the power at each node with the four different INTRCONN modes. The effects of loss and impedance mismatch with each level of refinement is demonstrated